Pretty Soon You Won’t Be Able To Cosplay Current Daenerys & Her Dragons, But Not Yet Cosplayer Amanda Dawn has pulled off what might be the largest Game of Thrones Daenerys with dragon cosplay yet. And well, you’ve seen how her little babies have grown in Season 4. Folks won’t be able to use them as props much longer (and stay current with the HBO show) unless they don’t actually want to enter the convention hall. Hit the jump for a few more pictures.

Just Drogon alone took her over 200 hours to create. And I believe it. 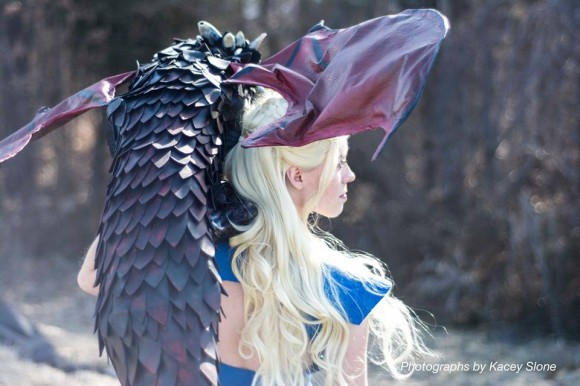 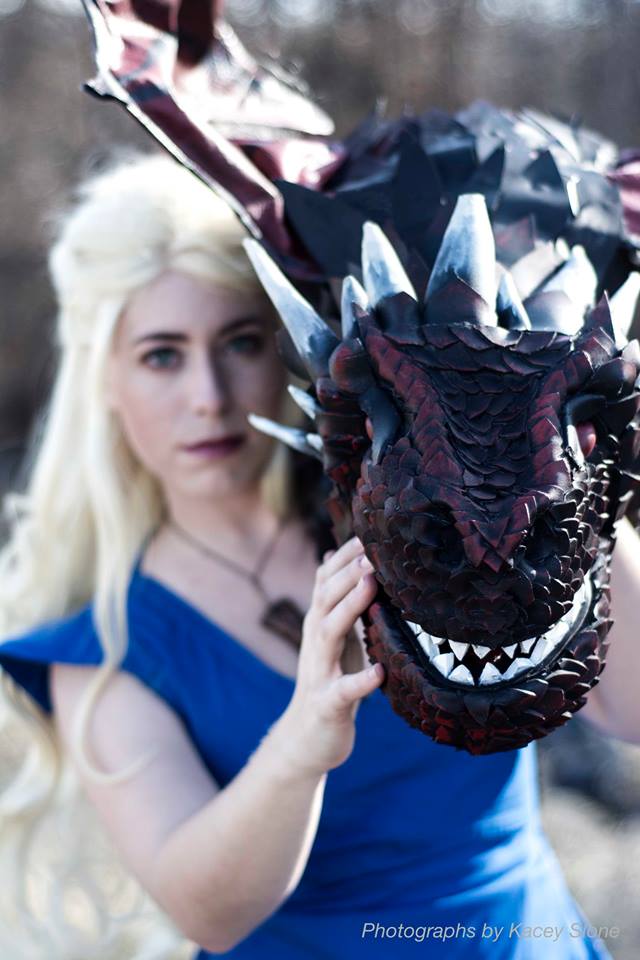