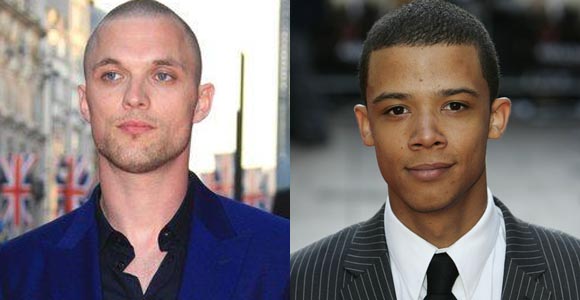 We’ve been getting some pretty exciting casting news from HBO’s Game of Thrones recently. Last week, the all-important Mance Rayder was finally cast in Irish actor Ciarán Hinds. This week we get a double dose of Daenerys dudes – Daario Naharis and Grey Worm have beeen cast! Hit the jump to find out more about the lucky actors.

I feel like anyone who lands a role on HBO’s hit series Game of Thrones should thank their lucky stars, which is why I couldn’t believe The Wire‘s Dominic West turned down one of them (likely Mance).

Regardless, actors Ed Skrein and Jacob Anderson will be joining the Season 3 cast as Daario Naharis and Grey Worm, respectively, according to Winter Is Coming.

WiC says Skrein is both an actor and a musician in the UK. “In his music career, he has released his own album and also worked with artists such as Foreign Beggars, Nathan Flutebox Lee, Asian Dub Foundation and Plan B while touring throughout the UK and Europe. He recently transitioned into acting and has appeared in the films Piggy and Ill Manors.” Anderson has a small resume as well but you may have seen him in Adulthood, Chatroom, Episodes or Skins.

Both characters find themselves in contact with the Mother of Dragons herself, Daenerys Targaryan. Without drifting into spoiler territory, Daario is a Tyroshi and member of a group of mercenaries called the Stormcrows. His most important feature? His blue hair and beard. I hope they don’t change that. Grey Worm is one of the Unsullied, a group of eunuch slave soldiers you’ll come to know well in Season 3.

So, do these two look like how you imagined the characters while reading George R.R. Martin’s A Song of Ice and Fire?

(via Winter is Coming, images via Contact Music and Zimbio)