Rumor: Some Familiar Geeky Faces are Testing for Roles in X-Men: Apocalypse 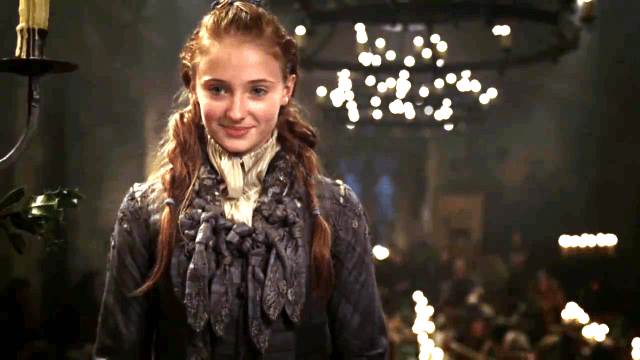 We see what you’re doing, X-Men: Apocalypse. Announcing that you’re an ’80s period piece and then teasing us with the possibility of Sophie Turner as Jean Grey? You might know how to get The Mary Sue editors reinvested in a franchise, but don’t think we won’t notice if you eventually punk out.

Despite rumors that Chloe Grace Moretz, Hailee Steinfeld, and Elle Fanning were the favorites to play baby Jean Grey in X-Men: Apocalypse, The Latino Review reports that Sophie Turner and Saoirse Ronan are now testing for the role. Alexandra Shipp (Aaliyah: The Princess of R&B), and Zendaya Coleman (Shake it Up!) are also rumored to be under consideration for Storm, while Taron Egerton (Kingsman: The Secret Service), Jamie Blackley (If I Stay) and Tye Sheridan (Mud) are reportedly being considered for Cyclops. (Fun tip: a good way to suddenly become super-conscious of your mortality is going to the IMDB page of a potential itty-bitty Cyclops. Those actors are ickle babies! None of them could possibly know thing one about the ’80s!)

Although Saoirse Ronan has more experience with big-budget film franchises than Sophie Turner, I’d personally love to see Turner get the role, if only for a chance to see her on the big screen (her Mary Shelley movie won’t be released for some time yet). What do you think, gang? Are you familiar with the work of any of the other contenders? Excited for a possible Sansa Stark Jean Grey?

(via The Latino Review)