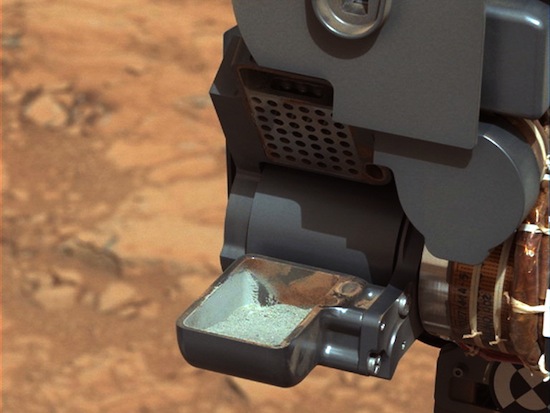 The Curiosity Rover got its latest taste of Martian bedrock drilled from the planet’s surface this week, and we are left to assume that it tasted like victory. Victory and sand, sure, but mostly victory. After penetrating the surface of the planet earlier this month, yesterday saw Curiosity ingest samples into its internal chemistry labs, meaning new analysis of previously untouched Martian soil is officially under way.

After taking powder samples of the underground rock — which has avoided the oxidation of the Red Planet’s surface and remained a light grey — those sample were finally ingested yesterday into the rover’s Chemistry and Mineralogy (CheMin) and Sample Analysis at Mars (SAM) instruments (pictured below), which will analyze the composition to see if the soil on Mars was ever capable of supporting life. We can only hope that answer is a yes, because otherwise what did we even send this thing into space for? 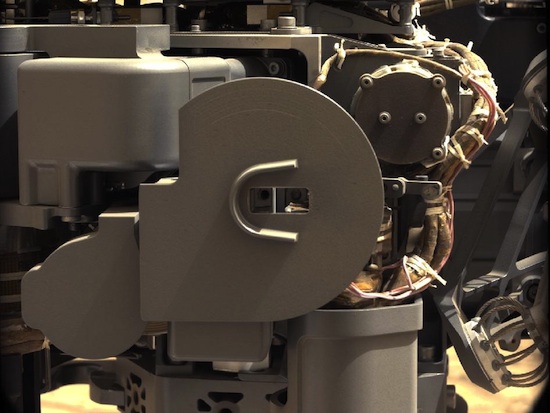 Just kidding, Curiosity. We think you’re awesome and will love you no matter what you find on Mars. But seriously, please find something cool. There’s plenty to be cranky about these days back here on Earth, where people are stupid about video games and violence, jobs suck and you’re still lucky to have one, and there’s never anything on TV but reality shows about storage units. We could really use some good news — like the hope that this world isn’t the only life in the Universe.

And even if we don’t find anything this go around, remember, folks — we sent a robot to another planet to perform geological surveys and chemical analysis, and now it is doing exactly that. If that doesn’t brighten your day at least a little, I don’t know what else I can do.