No one likes a backseat driver. Not even robots on Mars. 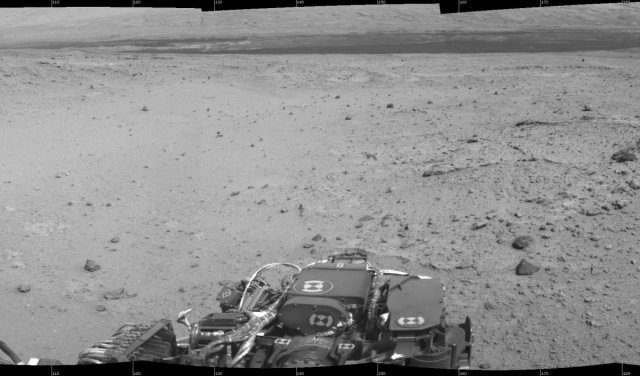 The Curiosity Rover tried out a new feature yesterday when it successfully tested out an automatic navigation system that let it decide for itself how to safely drive on Mars. Curiosity doesn’t seem old enough to drive, but I guess it’s ruled by Martian law at this point.

The autonav system uses stereo images taken by Curiosity to determine the best and safest route for it to travel. Besides giving the NASA/JPL team a break from driving, the autonav can also allow Curiosity to travel outside of an area that’s already been deemed safe by humans here on Earth.

Curiosity drove a total of 141 feet on the Martian surface on Tuesday, with approximately 33 of those feet being driven by the autonav. Curiosity might not move quickly, but the fact that there’s a rover on Mars that can drive itself at all is impressive. Even if it is only driving itself 33 feet per day.

The autonav system probably doesn’t mean NASA and the JPL will give up driving the rover any time soon, but it could be incredibly useful for navigating terrain that it may be difficult for humans to identify as safe or unsafe.

(via NASA/JPL, image via NASA)