If one twin ages 10 milliseconds less than his brother, does anyone actually care? 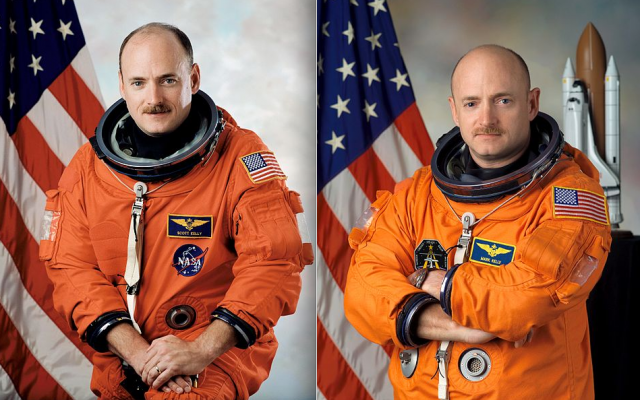 As totally and unbelievably awesome as it would be to have “Space Explorer” as your job title, astronauts lives are not quite as simple as ours here on Earth — extended time in space contributes to a whole host of health problems. But now NASA has a fairly inexpensive way to test propensity for such issues: identical twins.

Astronauts often have to deal with bone and muscle loss, vision issues, sleep difficulties, and increased risk of cancer. While such problems can be serious, they don’t necessarily occur in everyone. So when Scott Kelly was selected to be in the first year-long mission on the International Space Station, he and his brother Mark realized they were in a unique position to test just exactly how susceptible to health concerns a person in space might be. While Scott is in space, Mark will serve as the “control” here on Earth. Both twins will give blood and saliva samples, assessments of their vision, sleep, and cardiovascular state, and measurements of their bone mass.

Manned missions to Mars are getting closer and closer to being possible, and the effects that prolonged exposure to space have on the body are an increasingly important topic. This study may help in identifying the effects of genetics on such issues — though it is important to remember the study will have a pretty small sample size.

Both brothers are astronauts, though Scott has spent far more time in space than his brother (and at the end of this trip, will have spent ten times as long in space). Mark retired in 2011 to help care for his wife, Congresswoman Gabrielle Giffords, as she recovered from shooting injuries sustained that year. Yup, that Gabrielle Giffords.

Fans of Einstein’s work will also be excited to note that in performing this experiment, Scott and Mark Kelly are reenacting the “twin paradox,” which suggests that a twin who takes a round-trip journey through space will be younger than his brother when he lands on Earth.

(via NewScientist, image via Wikipedia)