Send the Curiosity Rover Postcards for Its Anniversary!

It really is the least you can do. 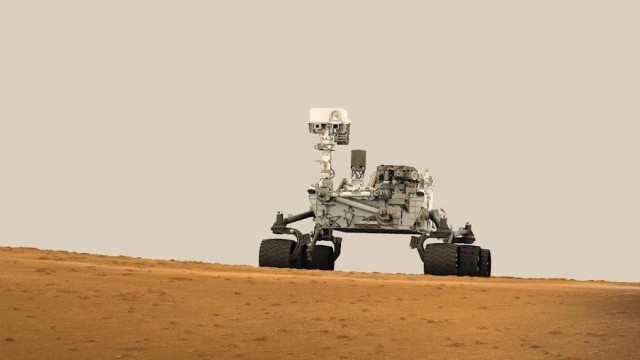 Believe it or not, NASA’s Curiosity rover has been exploring Mars for one year now, and everyone on the web who isn’t still swept up in this weekend’s Doctor Who news is sending their regards. If you want to get in on the fun, too, you can now make your own e-cards to send to the little rover. I guess we can call it an honorary Martian now?

Curiosity sent us a message via Twitter about his special day so we wouldn’t pull a 16 Candles and forget all about it:

You can go to NASA’s Curiosity site and pick out a preset card (most of which are of Curiosity itself, which is kind of weird when you think about it), write a 200-character message on it, and then send it to Curiosity to show it your appreciation for all it does in the name of science. Yes, you can send messages through space instantaneously with the press of a button now. The Internet’s power knows no bounds.

Anyway, I’m hope Bobak Ferdowsi, the laboratory’s flight director and the “Mohawk Guy” everyone remembers from Curiosity’s launch, is having a good day. Maybe NASA should let us send him e-cards.