Crystal Skullduggery: Lucasfilm Sued Over Infringing Use of the Relic in Indiana Jones Flick 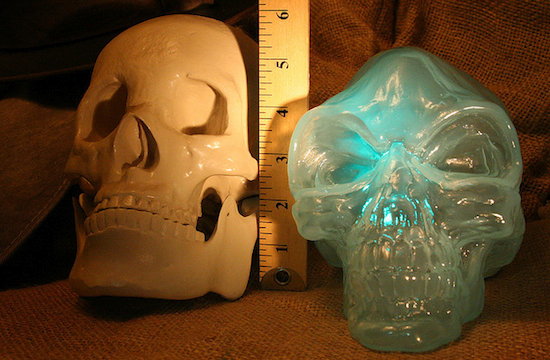 In yet another instance of absurd-sounding legal claims, archaeologist and director of the Institute of Archeology of Belize, Dr. Jaime Awe, has filed a lawsuit against Lucasfilm, its parent the Walt Disney Company, and film distributor Paramount Pictures for using a likeness of the crystal skull in the fourth and most recent Indiana Jones flick without formal consent from the government of Belize. Allegedly stolen by British explorer F.A. Mitchell-Hedges in the early 20th century, Awe is demanding that the relic be returned as well as asking to receive a cut of the film’s profits.

This lawsuit was filed last week in response to a story pertaining to the crystal skull’s presumed theft. The adopted daughter of Mitchell-Hedges, Anna Mitchell-Hedges, supposedly discovered the relic within the ruins of an ancient Mayan temple in 1926. Returning to England with skull in hand, Anna displayed the item for public viewing until her father’s death in 1959. However, the skull’s origin story was never consistent and changed constantly, as discovered by Junior Skeptic magazine editor Daniel Loxton. One story of Anna’s claims she found it while with a group of workers cutting down trees. Another utterly unbelievable account states that she was lowered down into the temple via ropes… and likely attacked by irate natives and giant scorpions in the process.

In his complaint, Awe claims that the removal of the skull from the ruins is a direct violation of the 1928 Antiquities Ordinance, which stipulates that no artifacts may be removed or taken from Belize without official permission from the government. As for the litigation against Lucasfilm, the production company is accused of — brace yourselves for this one, folks — using what is otherwise a public domain part of Belize’s cultural heritage without their approval. Because, apparently, the country of  Belize has taken the liberty of trademarking and copyrighting itself lately.

The likelihood of this suit gaining any momentum in the courts is about as likely as people realizing Kingdom of the Crystal Skull wasn’t that bad of a movie — it ain’t gonna happen! Since Anna had come forward with the truth that the skull was purchased by her father from an antiquities dealer, Awe’s case can’t truly hold up in court. In the meantime, he and the rest of Belize should work on a more substantial class action lawsuit against Lucasfilm. Maybe more along the lines of psychological damages resulting from having seen Kingdom of the Crystal Skull. We feel like we at least deserve our $11 and two hours back on that one.