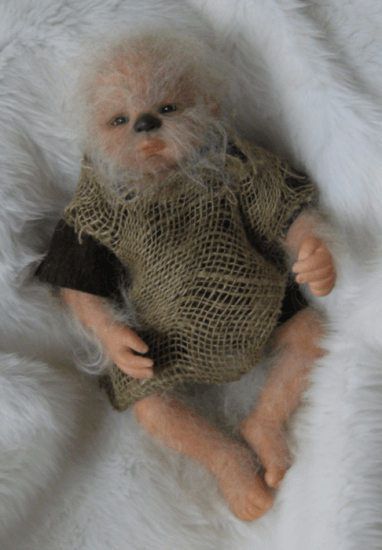 See, I had to put the word “human” in the title, or you might have thought I was just talking about a creepy baby wookie doll. But no. No. Han, Luke, and Leia behind the jump.

Heike Kolpin’s star wars infants, available on eBay, aren’t as bad as the Harry Potter Baby Dolls, but only because there are less of them. Here’s your factoid of the day: at birth, wookie pups are already almost three feet tall.

Star Wars (franchise)what is this I don't even