Agent Coulson Will Stay Dead if Agents of S.H.I.E.L.D. Doesn’t Get Picked Up; Good Thing It’s Going to Get Picked Up 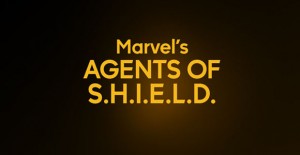 I don’t know. They haven’t told me. Honestly, they haven’t told me the answer yet. I certainly would be sad if it didn’t because I have a feeling it would mean that Coulson didn’t live anymore. But yeah, I think we made a good pilot. Joss knows what he’s doing, and other writers, his brother Jed and Jed’s wife Maurissa are amazing. I think we’ve got a shot. — Clark Gregg, when asked whether Agents of S.H.I.E.L.D. is being picked up by ABC.

So far as I know, nobody at ABC has a deadly allergic reaction to money, so AoSHIELD will happen. And if they do, well, investing in an epipen or separate lunch tables is probably less costly than not picking up a television show based on the third highest grossing movie in history.

Previously in Agents of S.H.I.E.L.D.