Could 'Persona 6' Be Coming From Atlus?

Could Persona 6 Be One of the Surprises Atlus Has in Store for Us During Persona’s 25th Anniversary?

I'm so ready for a new social link 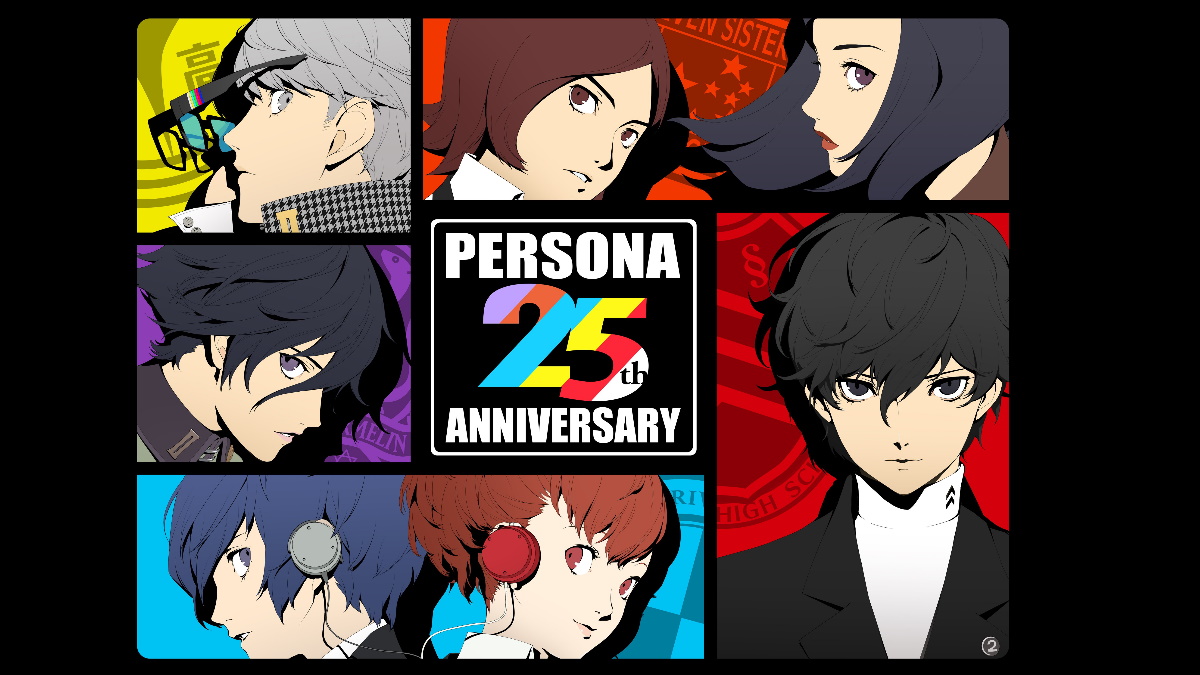 This September, the Persona video game franchise will be celebrating its 25th anniversary. A teaser website has launched to celebrate the occasion, and if you scroll through it, you’ll see that there are 7 upcoming announcements for the Persona 25th Anniversary Project.

The Persona series is celebrating its 25th Anniversary this September! ✨

Stay tuned for a year of Persona news, events, and more! #Persona25 pic.twitter.com/1qZqSy7f6V

If I had to describe the Persona series in a sentence I’d say that it’s a mash-up of Final Fantasy, Pokémon, and a dating sim where teenagers face their problems by strengthening their bonds with one another to level up their Neopets so they can tackle heavily symbolic battles.

In Persona, doing after-school activities and hanging out with friends and loved ones is just as important as level grinding through that decrepit subway. The symbolism is out of this world, the characters often facing monstrous versions of themselves or whoever is oppressing them by summoning creatures that represent their inner strength.

Yes, that bird creature in a cage represents a teenage girl dealing with the overwhelming responsibilities placed on her, and yes, that corrupt politician is literally trying to steer Japan in the right direction with a cruise ship sailing through the ruined city.

A lot of the messages in these games have been therapeutic for me. Themes of self-doubt, discrimination, and abuse at the hands of those who think they know what’s best are told with jaw-dropping visuals, fantastic music, and dungeon crawling where you might be better off negotiating with your enemy than killing them.

Needless to say, I’m excited to see what’s in store for us with these upcoming announcements that, according to the website, will go until autumn 2022.

According to Persona Central, plans for the 25th anniversary have been teased since 2019.

Persona Team producer and director Kazuhisa Wada had previously teased exciting plans for the Persona series in December 2020. Wada had made a similar mention in December 2019, when he stated that the team was carefully planning steps to celebrate the 25th anniversary of Persona in 2021.

The exciting plans that have been teased for 2 years now will be set in motion this September.

While it may feel too early to assume that one of these announcements is Persona 6, it would actually track with the release window between main series releases. Persona 5 began full development in 2011 and would go on to be released in 2016. It’s been 5 years since that release, so I wouldn’t be surprised if one of these announcements is Persona 6.

I’m not even gonna try and guess what the theme of that game would be about. This is a franchise where characters jump through TVs and pal around with talking bear mascots, anything is possible.

According to Comicbook.com, a recruitment page was spotted for the Japanese wing of Atlus.

The studio interviewed a number of members from its team talking about where the studio is heading in the future. In doing so, the developer happened to confirm that Persona 6is absolutely a game that it’s looking to make. However, the pursuit of creating Persona 6 is something that the company considers to be quite daunting because it wants to make sure that it can improve on Persona 5 in a substantial way.

Atlus director Naoto Hiraoka spoke to this more specifically saying that the studio definitely feels pressure when it comes to making Persona 6. “Thanks to the large amount of support we received for Persona 5, we have gotten a sense of accomplishment. But we can’t stop there. When we created Persona 4, there was pressure that it had to exceed Persona 3. Now, we will have to create a 6 which exceeds 5,” Hiraoka explained. “However, exceeding 5 will be difficult with the current staff. I would like to surpass this tall hurdle with everyone who joins us in this recruitment. The workplace is perfect for those who want a creative challenge when it comes to bringing games to the world.”

As someone who has been playing Persona games for years, the success of Persona 5 was astonishing. This was the first time I’d seen a Persona game reach a point where it got so popular that Funko Pops were released. That might seem like a random popularity barometer, but I remember how hard it was to find Persona merchandise for previous titles, so being able to see the Phantom Thieves in store was a shock to me. I’m thrilled that people are getting into this series and hope that it continues to get its well-deserved flowers.

Though, as Hiraoka says, it will be hard to exceed Persona 5, but I don’t doubt that the team is up for the challenge (or that they’ve already made plans). I also don’t doubt that some of those announcements will be more spinoff games for the series. I not-so-secretly would LOVE more of the Arena fighting games, only with more characters joining the cast of Persona 3 and Persona 4. My desire to have a 2D fighter with the Phantom Thieves, and especially characters from the likes of Persona 1 and 2 is VERY high.

What are you hoping to see in these upcoming Persona announcements? What’s the best way to celebrate the 25th anniversary?