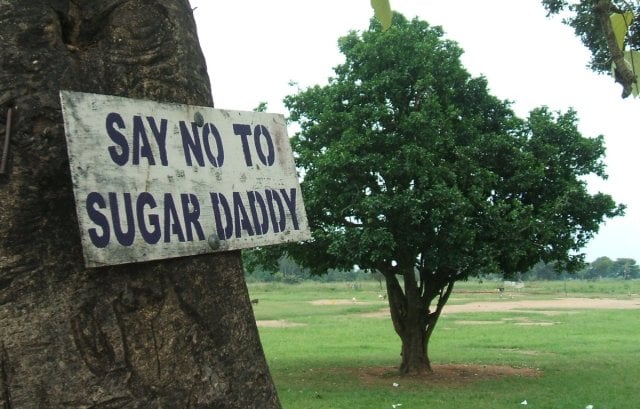 Conventional wisdom seems to lean toward the idea that marriages between individuals of very different ages are about the money, but new research says that couples in marriages where one spouse is significantly older than the other tend to earn less money, be less educated, and are even less attractive than their similarly-aged counterparts. Tough break, cougars.

The study was carried out by professors at the University of Colorado. It was co-authored by Hani Mansour, Ph.D. of the Denver campus and Terra McKinnish, Ph.D. of the Boulder campus. Mansour said of the study, “Hugh Hefner is an outlier. Our results call into question the conventional wisdom regarding differently-aged couples.”

Mansour and McKinnish don’t say how far apart in age couples need to be before they start getting poorer and worse looking, but their research does indicate that the further apart in age a couple is, the more negatively impacted they are by the factors.

For the study, they looked at U.S. Census Bureau data from the years 1960 through 2000. They compared the age at which people first got married, their level of completed education, wages, and earnings. They also pulled information from the 1979 National Longitudinal Survey of Youth for a measurement of cognitive skills, and how attractive couples were was determined by information from the National Longitudinal Survey of Adolescent Health.

Mansour thinks the cause of the disparity between similarly-aged couples and differently-aged couples has to do with economic situations. He said, “It really depends on who your social network is. People with lower earning potential are in networks that are more age diverse.”

If someone attends a four year college or university, they’re most likely surrounded by people near their own age, and will likely make more money and earn higher wages. For those who work low-wage jobs or attend community colleges, they’re exposed to a much wider age range of people. That leads to an increased chance that they’ll meet and marry someone with a significant age difference.

Although the term “cougar” has been used with increased frequency in the media, the phenomenon of older women marrying younger men is nothing new. The study traces it back as far as the 1960’s. One trend they did notice as being on an upswing? Couples of the same age are getting married to one another. Weird, I guess?

(via Eurekalert, image via Wayan Vota)