Coral Reef Made of Fake People | The Mary Sue

Coral Reef Made of Fake People 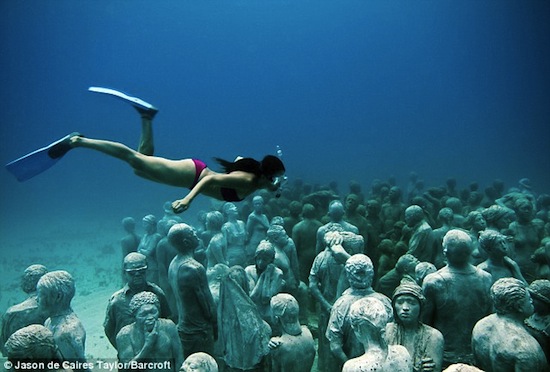 British artist Jason de Caires Taylor used real people to create full casts and then placed them in the ocean off the east coast of Mexico to create a super creepy artificial reef in an attempt to grow coral and attract a marine ecosystem to the Cancun and Isla Mujeres National Marine Park. More pictures after the break.

The weird reef, reminiscent of a bunch of mafia victims being fitted with cement boots and dumped into a river, currently contains about 350 statues, and Taylor plans to anchor about 50 more.

Taylor’s artsy fartsy explanation for why he chose to make casts of real people and dump them into the ocean, rather than simply make a more normal artificial reef: “We wanted to make it adventurous and on a really grand scale. It’s a symbiosis of humans and nature living in this cycle in harmony with each other.” 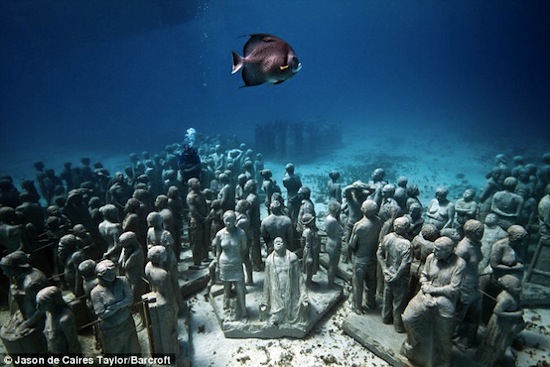 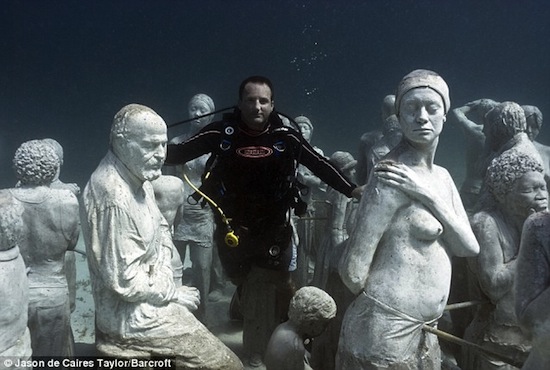 Look at that, I didn’t make a Soylent Reef joke.