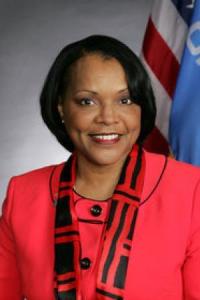 “Any action in which a man ejaculates or otherwise deposits semen anywhere but in a woman’s vagina shall be interpreted and construed as an action against an unborn child.” — Text from the amendment proposed by Oklahoma State Senator Constance Johnson as a protest to the state’s controversial “personhood” bill (currently being debated in the State Senate) which would force women to listen to the heartbeat of the fetus before going through with an abortion. Sen. Johnson tabled the amendment after making her point and explained her feelings in an op-ed in The Guardian, in which she said:

My amendment seeks to draw attention to the absurdity, duplicity and lack of balance inherent in the policies of this state in regard to women.

Much like the “digital exam” amendment of Virginia State Sen. Janet Howell, Sen. Johnson never expected this to go through, regarding it as a way “to draw humorous attention to the hypocrisy and inconsistency of this proposal.” While we are proud and glad that she is fighting for women’s rights, we are also kinda tickled that the senator might be a Monty Python fan. That’s why we put the “Every Sperm Is Sacred” video after the jump.

(The Guardian via The Daily What)