Confirmed: BBC Releases Lost Doctor Who Stories The Enemy of the World and The Web of Fear on iTunes

Break out your flute and celebrate, Second Doctor fans! 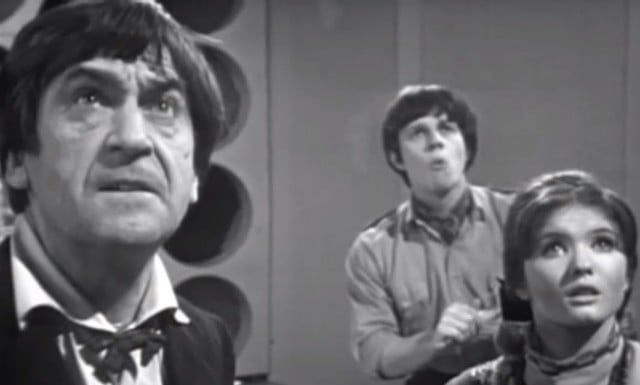 We’re happy to report that the rumors of lost episodes of Doctor Who being recovered are true. Nine previously lost episodes have been found and restored by the BBC, and the newly completed stories are now available through iTunes. It’s far from all of the 106 lost episodes, but it’s a start.

The missing episodes were found at a television relay station in Nigeria, and recently recovered by BBC’s director of Television International Enterprises Archive, Philip Morris. It’s probably fair to say Morris should be knighted for this, right?

The Enemy of the World features Patrick Troughton as the Second Doctor and the story’s villain Ramon Salamander. He’s joined by companions Jamie and Victoria, played by Frazer Hines and Deborah Watling respectively. Episode three of the story was already in the BBC archive, but the other five episodes were recovered in the find in Nigeria.

The other story, The Web of Fear, also features the Second Doctor, but sadly they’re still missing episode three. A version of the episode has been reconstructed for this release with 37 still images and a restored audio track of the episode. It’s not perfect, but considering episodes two through six of this story were presumed lost, we’ll sit through an episode three slideshow.

Although it’s great to have these episodes back from the void, there are still 27 missing Doctor Who stories. Is it impractical to have Morris go check every television relay station in the world? Maybe if we got him an assistant, a companion if you will.

(via The BBC, image via The Web of Fear)