Old Doctor Who Episodes Discovered by BBC | The Mary Sue

Today in Doctor Who Rumors: Are We Getting Back Some Lost Episodes?

I haven't been this excited for something that came out of the 60's since Mad Men started getting weird! 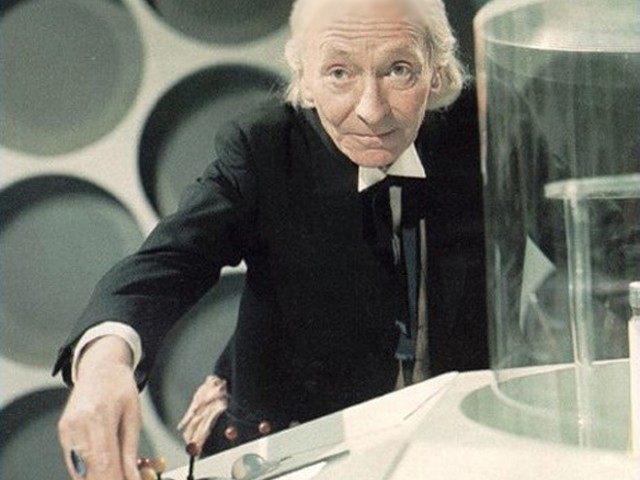 Rumor has it that the BBC has a Doctor Who-related surprise for us lined up in November — and it has literally nothing to do with Steven Moffat, so all you nerds who don’t like his writing can relax. According to a well-connected source, they’ve managed to procure a number of old episodes from the 60s and 70s that were previously thought to be lost to time. They might put them on DVDs for us! That we can buy, even! Time Lords be praised!

It’s common Who knowledge that before the program became the phenomenon it now is, a huge number of episodes from the First and Second Doctors’ run were carelessly wiped from the tapes on which they were stored, presumably to make room for more Are You Being Served? Well, not really, that’s just the first non-sci-fi British television show from the 70s that popped into my head. In actuality, entire series of BBC shows are now missing, as well as over a hundred episodes of Doctor Who.

Apparently, however, some engineer who worked for broadcasters in Africa has copies of many episodes that haven’t been seen since they were first aired, and now the BBC’s got them to do with them what they wish. What they wish, probably, will be to make money off of them, which is good news for us. Between my TARDIS cookie jar and my Sonic Screwdriver-shaped screwdriver, I haven’t thrown enough money at that franchise yet.

Since these are all rumors, there’s no way of knowing which ones they’ve got, or if they’ve even got any in the first place. Rich Johnston at Bleeding Cool seems to be pretty certain that they have at least something to show us, so I’m going to trust him and watch a whole bunch of serials on Netflix in the meantime.