When Are We Going to Start Holding the Complicit Accountable?

No One Gets a Pass 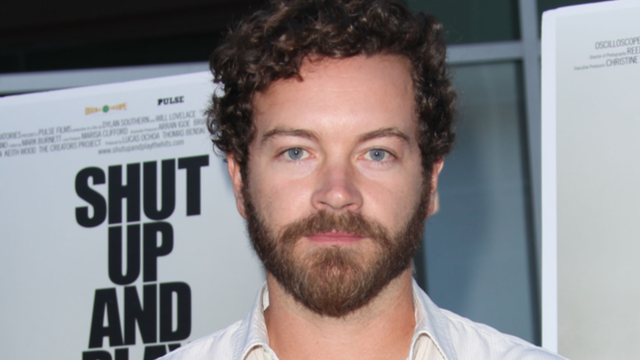 Netflix has reportedly fired the executive who unknowingly told one of Danny Masterson’s alleged rape victims that nothing had been done about the The Ranch star because they don’t believe his accusers. (That is, he knew what he was saying, just not who he was saying it to. And despite this guy’s protestations, that doesn’t make it any better.)

That former executive, Andy Yeatman, was approached by an unnamed woman while he was coaching a children’s soccer game. According to the woman and a witness, she asked Yeatman why Netflix hadn’t cut ties with Masterson. He reportedly replied that Netflix “takes sexual misconduct allegations seriously” but “we don’t believe them.” The woman then told him that she was one of Masterson’s accusers.

So now Yeatman has been fired, which is, honestly, perfectly fine. I have no problem with that decision. But while we’re firing people at Netflix, where are the executives who made the decision to keep Masterson employed? Because Yeatman was in children’s programming. If he’s the only one to go, then his firing has little to nothing to do with complicity in maintaining the fame and status of an alleged rapist, and everything to do with bringing bad PR to Netflix’s door and for making them go through the hassle of writing Masterson out of The Ranch, which they did the day after Yeatman’s story broke, months after Masterson’s accusers filed charges.

Netflix, of course, says Yeatman’s words “do not represent the views of the company.” I’m sure it’s just a coincidence that they hadn’t gotten around to firing Masterson yet.

I’m glad that Masterson, like Kevin Spacey, Louis C.K., Harvey Weinstein, and every other man accused of sexual misconduct, is facing consequences. But these men are only the gross, rotting branches on the sick tree that is systemic sexual abuse. Sure, let’s start with them, but it’s not enough. We have to rip out the roots, burn them, and shoot their ashes into space.

What is happening to Bob Weinstein, who reportedly gave money to his brother for payouts, and who himself has been accused of sexual harassment? What is happening to Terry Crews’ agent, whom Crews texted the day after producer Adam Venit assaulted him, and apparently did nothing? Or to those above him?

What is happening to Dave Becky, Louis C.K.’s manager who allegedly worked to silence C.K.’s victims? Some of his clients (good job, Pamela Adlon!) have fired Becky. Many have not. Seth Simons at Paste has been wondering why so many people seem fine with giving Becky a pass.

Whether Becky exercised his power passively or actively, and I think we all have a good idea which route he chose, he exercised it—to silence voices, to damage careers and to protect C.K. from facing any consequences. And that’s all secondary to the simple fact that he shepherded the career and fortune of a predator. He has to go.

Every comedian represented by 3 Arts has just been handed considerable power. Even if he’s not your manager, you make him money. His success depends on your happy relationship with your representatives. What happens if you tell them you’d rather bring that success to a company that doesn’t enable and cover up sexual misconduct?

There are so many others who are complicit, whose names don’t make headlines. What is being done about HR departments at all the companies that employed these men? From NBC to Screen Junkies, men and women have reported filing complaints about the now-ousted men that went ignored for years. How many executives and board members and any number of others knew about these men and the serial abuse made possible by their own silence?

The men that make headlines are visible (and deserving) targets. But there are so many more who are complicit who remain largely anonymous. And to out them all, to set up new systems that value women and take complaints seriously, is a process that has to come from within. The companies will have to want to overhaul their own practices, either out of their own ethics … I’ll wait while you finish laughing … or because they hit the tipping point of bad press and loss of profits.

So yes, let’s continue to oust these toxic men, every last one of them. But let’s also keep our eyes on the people behind those men, and the companies that thought it was easier or more profitable to keep employing them while ignoring or actively silencing their victims.