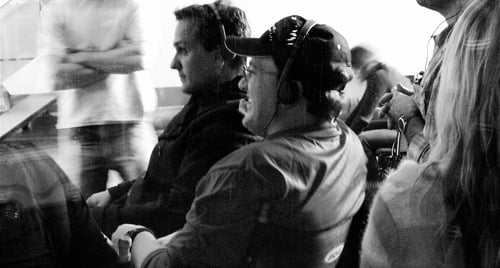 The search is on for a director to helm the sequel to last year’s Captain America: The First Avenger, and while there are frustratingly no women to report on the short list, at least the final candidates are a very interesting group. And perhaps looking to the hype and buzz surrounding The Avengers, whose director (Joss Whedon) is known for his work on the small screen, Marvel has a pair of sitcom-directing brothers up for the job. Joe and Anthony Russo, Emmy winners for their work on Arrested Development and nominated for their work on NBC‘s Community, are strong contenders.

First, the other directors who are on the list: F. Gary Gray, best known for other actiony-suspense flicks like The Negotiator and The Italian Job, and George Nolfi (The Adjustment Bureau). Are we disappointed that no women are on this list because we’re still stinging from Patty Jenkins being dropped from Thor 2? We’re not going to deny it, but we’re not going to dwell on it. At least not any more than we have … and … dwelling complete.

Sources say, according to Vulture, that Marvel Studios president Kevin Feige is intent on getting to know the director(s) he will choose ahead of making his decision because he is a “vibe guy.” And apparently, he felt some good vibes while meeting with the Russo brothers. But considering the awesome show they currently work on (Community), they’d probably have a good time with just about anyone. But Kevin Feige is a pretty good friend to make, isn’t he? (By the way: An imagined world in which all the Community players have Oscars.)

The pair would certainly be the less obvious choice, considering their sitcom credentials far outweigh their big-screen credentials. Their most notable films are Welcome to Collinwood, which Steven Soderbergh offered to produce after seeing their first feature (Pieces), and the Owen Wilson comedy You, Me and Dupree. But they have tons and tons of wicked TV experience, having directed the pilots for Arrested Development (for which they won their Emmy) and Community, which they continue to executive produce and direct individually. Other shows the Russo brothers have directed include IFC‘s The Increasingly Poor Decisions of Todd Margaret, ABC‘s Happy Endings, and NBC’s Up All Night.

If anything, they’d be a very interesting choice. It’s wrong to compare them to Whedon, because the only thing they have in common is being very able to handle snappy, quick, witty dialogue. And also, while we are all big fans of Whedon, we haven’t seen The Avengers yet, so we really have yet to see how he’s handled this gigantic movie. Not that we’re skeptical! But we’re just keeping an open mind. Fingers crossed that Marvel keeps the same kind of open mind when they make their final decision…