Please know how hard we looked for a pic of Wilford Brimley drinking coffee. 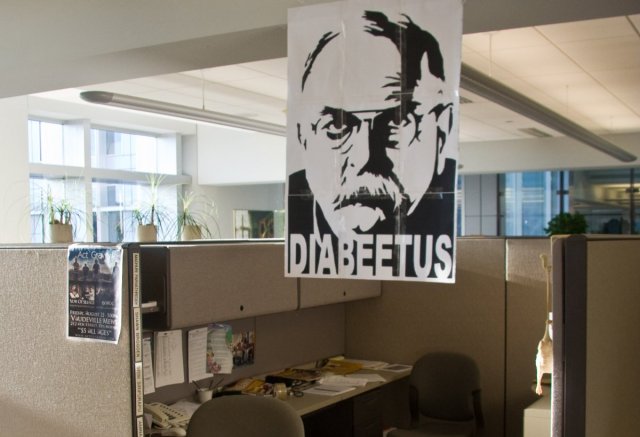 Did you need another reason to love coffee? Of course not, but now you have one. A study shows that drinking coffee can help prevent diabetes. Before you go thinking that the more coffee you drink the less diabetes you’ll get, know that the study specifically indicates that it’s a moderate amount of coffee that provides the most benefit.

The new study shows evidence that drinking three to four cups of regular coffee can reduce your chances of developing Type 2 diabetes by 25%. This sparked an internal debate at Geekosystem HQ over what constitutes a “moderate amount” of coffee drinking. We all think three to four cups per day seems a little higher than moderate, but maybe it’s worth it to prevent diabetes.

One study showed the regular coffee had more diabetes-fighting power than decaf, but indicates that it’s probably not the caffeine that’s doing it. That conflicts with one theory that says caffeine stimulates the metabolism, expending more energy. A separate study showed both regular and decaf to be equally effective.

The findings were published by The World Congress on Prevention of Diabetes, and this story makes us desperately crave coffee — more so than usual.

(via CBS Atlanta, image via dalai_alana)