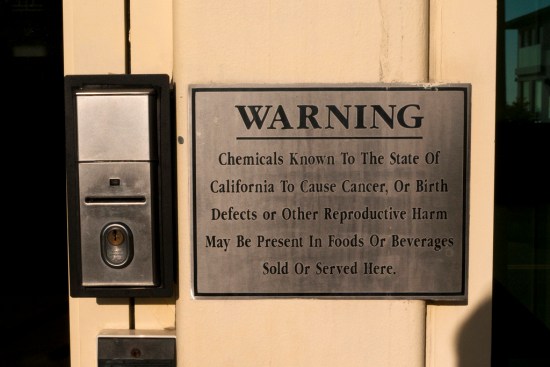 You know those warning labels on various objects about how they are “known to the state of California” to cause all sorts of problems? Well, Coke and Pepsi were faced receiving a similar label after California added a chemical commonly used in caramel coloring to a list of carcinogens. The chemical in question is 4-methylimidazole, which can show up during the production process of those tasty beverages. Not surprisingly, the drink makers are challenging the decision, but still changed their recipes.

“While we believe that there is no public health risk that justifies any such change, we did ask our caramel suppliers to take this step so that our products would not be subject to the requirement of a scientifically unfounded warning,”

It’s worth noting that the FDA has yet to make a ruling on the dangers of ammonia-sulfite caramel coloring, which is found in extremely low levels in several foods. Also, there are no studies actually linking 4-methylimidazole to cancer in humans. A single study in rodents did find a link, but you’d have to drink something around 1,000 cans of the beverages in order to reach those levels.

Our suggestion to sidestep the whole problem? Bring back Crystal Pepsi.

(via The Guardian, image via Steve and Sara)