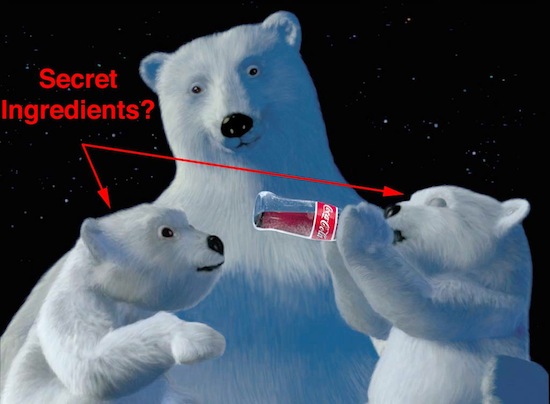 Producers of the radio show This American Life are claiming they’ve discovered the safely-guarded recipe for Coca-Cola in an interesting way: A direct picture of the recipe in a 1979 newspaper article within Coca-Cola’s hometown newspaper, the Atlanta Journal-Constitution. According to the radio producers, the picture used for the article is a hand-written copy of the original recipe for the beverage, supposedly written in a leather-bound recipe book by one of creator John Pemberton’s friends, and passed down for generations.

The recipe consists of a base formula, and the famously secret “7X flavor.” From Time’s article:

After making a brew with the above formula, the This American Life team held a taste test, with experts (though their qualifications weren’t mentioned) and regular people as participants. Supposedly, the brew was so close to Coca-Cola that some people couldn’t differentiate between the two, though the overall verdict is that the recipe is fairly similar to Coca-Cola, but not quite there.