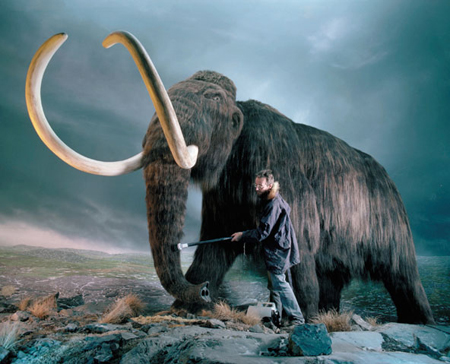 Life finds a way, and sometimes that way is a curious and determined scientist.  Professor Akira Iritani is one such man. He says that the technological hurdles in the way of cloning a healthy mammoth have mostly been overcome.

The success rate in the cloning of cattle was poor until recently but now stands at about 30 per cent. I think we have a reasonable chance of success and a healthy mammoth could be born in four or five years.

The problem with cloning mammoths has always been that any tissue that can be recovered from them has been frozen for at least 5,000 years, damaging the DNA.  But scientists have recently developed techniques that allowed them to successfully identify healthy cell nuclei in frozen tissue, and subsequently clone a mouse.

Iritani plans to travel to Sibera this year to seek out mammoth remains, either by searching for it himself, or, if that fails, asking Russian scientists if they’ve got any on hand.  But after that it’s simply a matter of finding a healthy nucleus, inserting it into the cells of a female African elephant, and waiting out an almost two year gestation cycle.

What could possibly go wrong?