Climate Change Inevitable, New Policies Should Deal With It | The Mary Sue 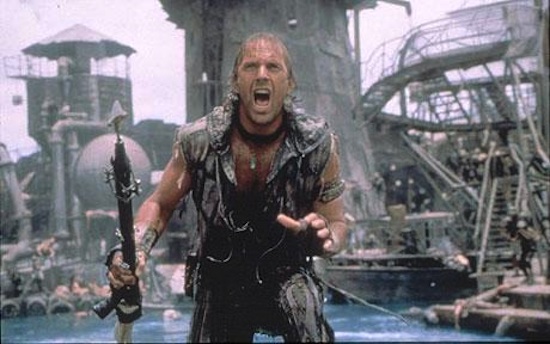 Good news, everyone! A study in the journal Nature Climate Change suggests that we can all stop worrying about how to prevent climate change, because at this point it’s too late to do anything anyway. Instead of trying to change energy policy or institute cap and trade systems for carbon emissions, it’s going to be more effective to just hunker down and do what we can to mitigate changing river flows, rapidly liquefying glaciers, and soil erosion.

Considering that dealing with climate change has gotten almost no play in the presidential election here in the United States and seems to be largely a non-starter for legislation, there’s a way in which this is kind of good news. After all, that would have just been wasted breath anyhow, since we’re all screwed forever.

Rather than trying to stem change, say authors Jasper Knight and Stephan Harrison of the University of Exeter, we should start preparing for the effects that climate change will have on the planet. One item they suggest should be made an immediate priority is preparing coastal communities that are especially vulnerable to sea-level rise and changes in soil makeup that climate scientists expect to be among the effects of a transformed global climate.

With everything being screwed to the wall, we can finally start coming up with ways to deal with climate change that are actually fun. For example, how exactly does one prepare for cities being swallowed by the ocean? Well, can we presume that building floating cities in the clouds is cool with everyone? Yeah? Okay, good. I’m glad we can get started on that now. We should also probably get started on some seafaring metropolises that can cruise the oceans at a whim. Someone breed me a genetically engineered enormous sea turtle, stat!

You guys, planning for IRL Bluthton is already so much more fun than worrying about what’s going to happen.

We’ve said it before and we’ll say it again, it’s time to look on the bright side of climate change, which could mean dramatic flooding in some areas and desertification in others. For example, instead of playing catch with our kids, we can teach them how to process their own urine into clean, potable water, evade roving sailboat gangs, and properly load a harpoon gun on the fly. Frankly, we’re hard-pressed to come up with a better recipe for family togetherness than that!