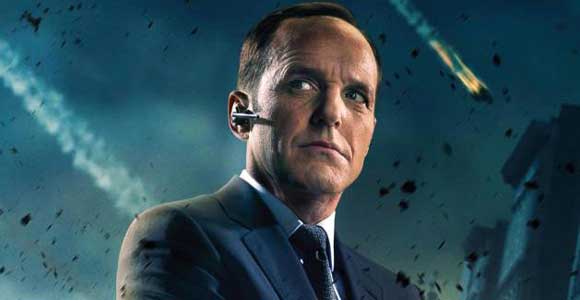 Actor Clark Gregg’s portrayal of Agent Phil Coulson has been one of my favorite parts of the Marvel films the last few years and I know I’m not alone in that. The best part is, Gregg seems to have just as much love for the character as we do. Read on to hear what he had to say about the future of Agent Coulson (Avengers spoilers to follow).

In a recent interview with Ain’t It Cool News, Gregg talked about playing Coulson over the last few years and what it meant to him. “I’m lucky to be in this spot where of all the people with super powers or billions, there’s this one guy who is really just there because he’s kind of determined,” he said, “and the fact that Joss [Whedon] only kind of doubled downed on the audience connection by also revealing that he is a fan boy and that he kind of got into this because he grew up loving Cap in the comics, I think just so wisely connects him and really identifies who he has been for people just in time to cruelly crush them!”

Gregg is speaking of course of Agent Coulson’s untimely demise in The Avengers, which, some (including myself) believe may not be a clear cut demise. “I love all of those theories,” said Gregg. “I never know what Marvel is going to do, but I have to kind of feel like I’m trying to do my own business with ‘I probably won’t get to play this guy again.’ I love it, who knows? Who knows what the fans can make happen, you know what I mean? That would be hilarious to me if the fans somehow managed… It would be the fans who brought Coulson back to life, but I don’t think there’s any plans. They’ve got enough superheroes to now bring in to take his place, you know?”

You hear that, fans? Make. It. Happen.

Finally, I have to leave you with this bit of Gregg’s thoughts on his character and Agent Coulson’s death.

It feels like a really good fit, which made it sad to kind of read those pages and on the days leading up to shooting that scene and the day shooting that scene. I was like “Wow, I really love this guy. I’m really connected to this, because this feels heavy.” (Laughs)

I was kind of “Come on man, relax. It’s pretend!” But I was kind of like “You know here we go. We are going to do this now” and my hands would be shaking a little bit. It’s just, you know, you have to connect to a certain extent to any character you’re going to try to make feel real at all, but this guy with five years and four movies…. You’re right, it’s really gratifying, because I love what Joss (Whedon) did with it and I loved the idea that he could go from you know being kind of connective tissue to really being kind of a force that could really drive the audience’s experience and make it ideally more moving instead of just funny or snarky and to kind of be aware that there is the power of that reaction and to have been in some theaters where people kind of gasped or called out.

Ok, I lied, there’s one more thing. The interviewer brought up the fact that Scarlet Witch, aka Wanda Maximoff, was once depicted as a cellist in the comics. Coulson mentioned dating a cellist in The Avengers…you see where they were going with this. Could we see Scarlet Witch making an appearance on the big screen soon like we’ve hoped? “If they can come up with a scenario where it isn’t lame, I’m sure they will be open to it,” said Gregg.

Definitely give the entire interview a read if you have the time, it’s a fun one.