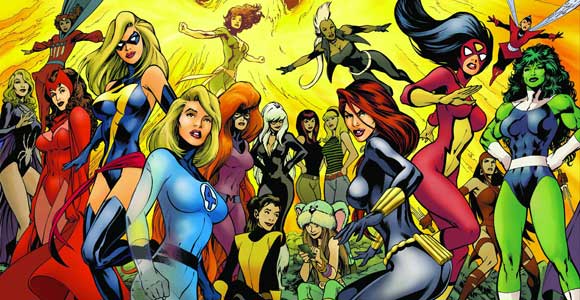 The Avengers has officially gone from making millions to billions. And we can certainly understand why – it was awesome. To celebrate, Marvel Studios President Kevin Feige reiterated the company’s plans for sequels to their solo films but also talked about two more properties they’ve yet to announce.

First thing’s first. Deadline reports The Avengers, “broke $100M in its second weekend for the first time in movie history (beating Avatar‘s 75M)…”The international figure is $628.9M after adding $95.4M from overseas this weekend playing in almost every movie territory.”

The Avengers is now the first Marvel film and the fifth for Disney to reach $1 billion in global ticket sales.

“The biggest one could be yet to come,” writes the Hollywood Reporter, “the Disney and Marvel Studios’ film could match or overtake Harry Potter and the Deathly Hallows: Part 2 to become the third biggest grossing movie in history behind Avatar ($2.8 billion) and Titanic ($2.2 billion), both from James Cameron.”

Feige spoke to Bloomberg about what’s coming up from the company over the next few years. He said that although The Avengers will be their only film this year, the plan is to have two released each year from now on.

“In a week and a half, we begin filming Iron Man 3. By the end of the summer we’ll be working on the next Thor film, early next year the next Captain America film,” he said, mentioning what we already knew was in the works. He then added, “Those are the three we’ve announced so far. We’ve got two beyond that that we haven’t announced yet, but we’re working on.” Feige also mentioned the company meeting with Pixar about a possible Marvel animated film.

When he says “announced” does he mean films that really haven’t been announced yet, or just ones that haven’t officially been announced. We’ve heard plans of an Ant-Man film as well as Doctor Strange, Guardians of the Galaxy and perhaps another Hulk film. Can we all cross our fingers and hope Marvel decides to make one of those films about one of the Marvel women in the image above?