You don't lose rights when someone else gets them, pal. 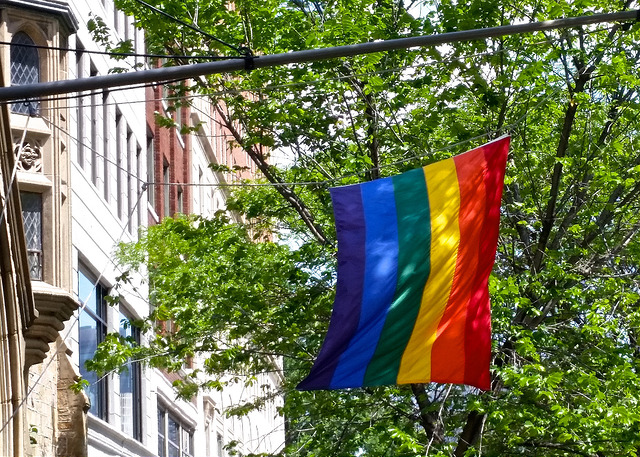 Title VII of the Civil Rights Act of 1964 offers workplace protections to employees, banning discrimination based on “race, color, religion, sex, or national origin.” Now, thanks to the Seventh Circuit Court of Appeals in Chicago, those protections are extended to people based on sexual orientation, despite the fact that the law does not explicitly name sexual orientation as a protected identity.

The case at hand involved Kimberly Hively, who argued that she was passed over for a full-time job as a teacher in Indiana because she identifies as a lesbian. Central to the case was actually the word “sex” in Title VII, with lawyers arguing about whether that simply means “male or female” or if it can be expanded to also mean sexual orientation. According to Wavy.com, who shared a report from within the courtroom, there was one particularly telling exchange between the judge and the community college’s attorney (emphasis theirs).

Judge Richard Posner asked the attorney for the community college, John Maley: “Who will be hurt if gays and lesbians have a little more job protection?” When Maley said he couldn’t think of anyone who would be harmed, Posner shot back, “So, what’s the big deal?” Posner also said it was wrong to say a decades-old statute is “frozen” on the day it passed and that courts can never broaden its scope.

Eight out of the 11 judges who reheard the case, including Posner, were appointed by Republican presidents.

It’s kind of funny (of course by funny I mean sad) to think that the attorney seriously can’t think about any possible harm that can come as a result of gay, lesbian, and bisexual people getting just a little more job protection. “So what’s the big deal?” seems to be the question on a lot of people’s minds these days, more so as protections for LGBTQIA people are shrinking overall.

Again, this ruling mostly protects people on the basis of sexual orientation, not necessarily gender identity. Lesbian, gay, bisexual, and queer-identified people are protected thanks to this ruling, but there’s work yet to be done to ensure that trans, intersex, and non-binary folks can also find protection. Unfortunately, those protections aren’t likely to come up, as just recently, Trump cut the legs out from under some Obama-era protections that required federal contractors to follow laws regarding equal pay and safe workplaces.

The protections set forth by Obama in the “Fair Pay and Safe Workplace Order” (Executive Order 13673) were explicitly extended to people who also identified as LGBTQ. Along with that, the Census Bureau had pulled back questions previously present on the 2020 census asking people about their sexual orientation and gender identity, effectively signaling that as a whole, the federal government does not want to know anything about the LGBTQIA population in America. If people can’t identify themselves to the government as such—or worse, if they’re made to feel like it’d be dangerous to be out—then that makes it easier for the government to not feel the need to do a damn thing about bolstering equality.

So, this ruling by the Chicago court stands as a pretty solid landmark from which more cases can hopefully rule in favor of expanding protections, as opposed to eliminating them for no apparent reason. It’s a small bit of good news, worth celebrating for sure, but as long as one knows that there’s so much more work to do after this.