Artist Imagines his Brain as a Tiny, Cardboard City 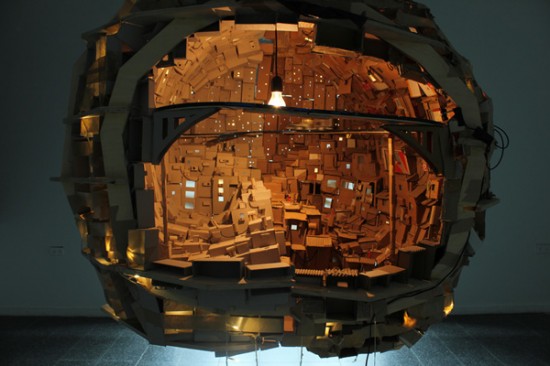 Artist Yaron Steinburg invites viewers to step inside his shoes and take a look inside his brain, which he’s modeled as a city. The installation, appropriately called the brain/city, is composed of cardboard “houses” in two rough lobes, illuminated windows, and a small model train that runs along an elevated track. There’s even an interior lightbulb, perhaps recalling when Wile E. Coyote gets an idea. It’s a weirdly compelling piece, but I am probably biased by my love of miniature models. 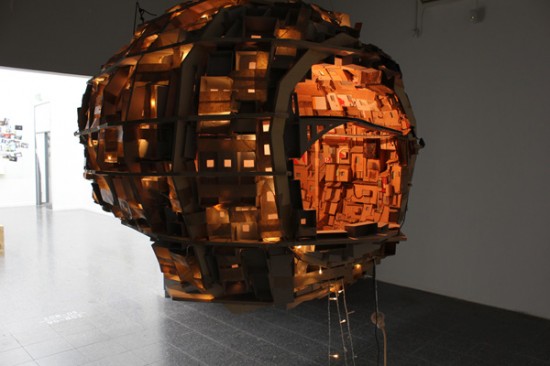 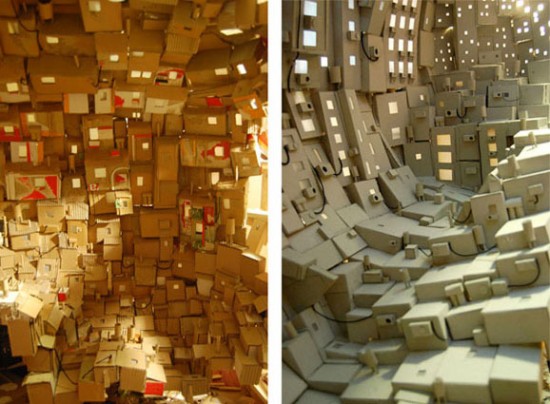