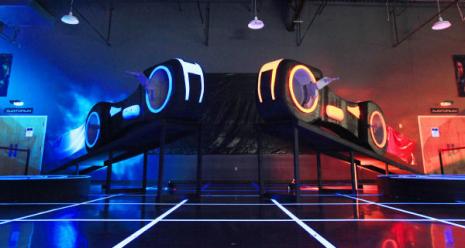 You can’t argue that Tron: Legacy has a distinct and awesome visual aesthetic and naturally, that style is going to be adopted for things like iPad ads, toys and, of course, churches. Yes, churches. Lifechurch.tv, a church with an innovative, non-traditional angle, holds a yearly sermon series “At The Movies,” in which movies are used as a lens through which to contextualize Christian values. This year, in Warr Acres Oklahoma, the movie is Tron: Legacy and the decorations are intense.

The sets, built by enthusiastic volunteers, include a number of black-light enhanced locations and items from the film, including Flynn’s arcade, several (disappointingly non-functional) light-cycles and even an End of Line bar, complete with tonic water (but alcohol-free) drinks that glow. Apart from promises of eternal salvation, you’d be hard pressed to find a more effective way to coax geeks into a church. Despite the flashy decorations, rest-assured (or be disappointed) that no one will be praying to Tron, at least in theory. 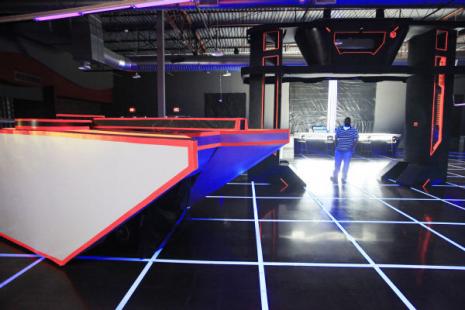 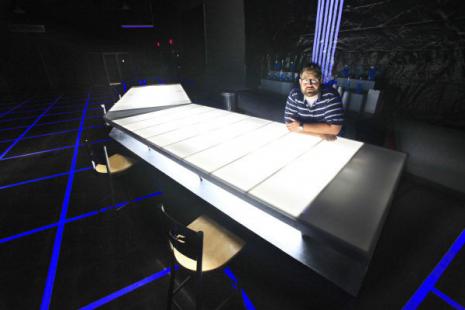 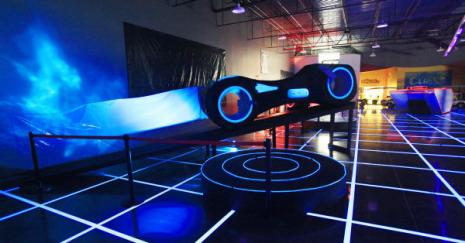 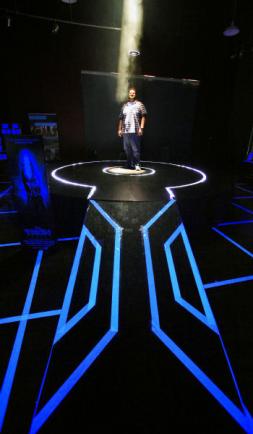