Man, Why Couldn’t Fortune Have Run This Chris Ware Cover? 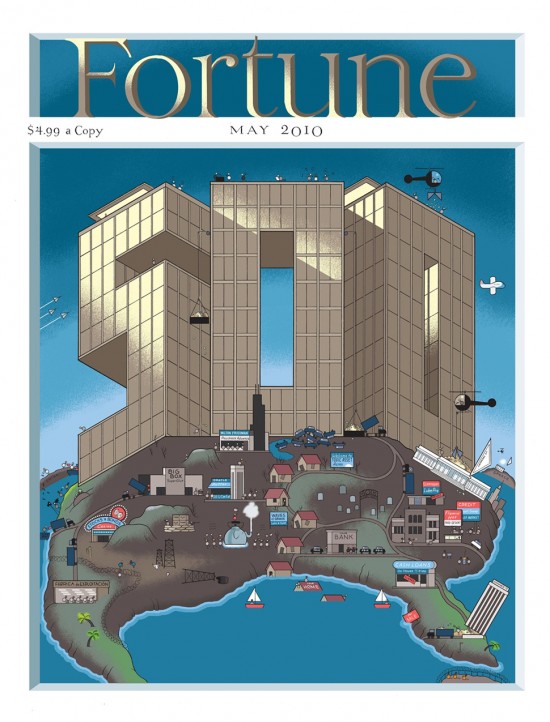 As savvy comic geeks know, Chris Ware is one of the great talents of our time: Best known for Jimmy Corrigan, the Smartest Kid on Earth, which is actually about a depressed middle-aged man, Ware does not shy away from the dark and the satirical. Did the folks at Fortune who asked Ware to make a cover for their big annual Fortune 500 issue know that?

Whether or not they did, they ultimately rejected it, as Ware lamented at C2E2. It’s easy enough to see why they might have: It’s not that Fortune always plays the pro-corporate interest cheerleader, but they may not have had the stomach to run pictures of the U.S. Treasury Department being looted via helicopter, a sweatshop called “Fábrica de Exploitación” shipping goods to a Wal-Mart ringer called “Big Box Superglut,” and even an unemployment line called “Milton Friedman Paycheck Advance” on the cover of the big annual rah-rah issue they’re best known for. Which is a shame, because it’s dark, funny, and super smart.