I Miss Not Knowing What Chris Pratt Thinks About Things 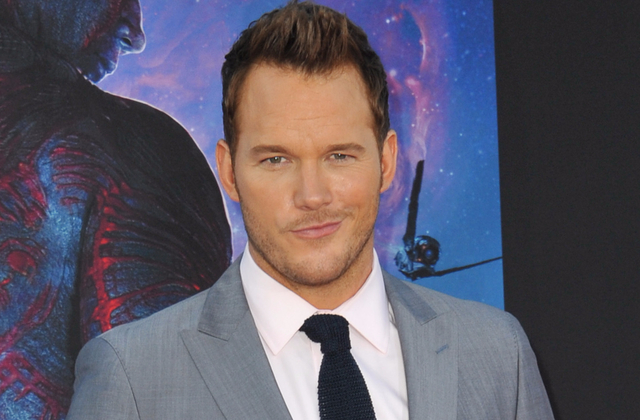 I really miss the days when I had never read a Chris Pratt interview, or they were at least limited to cute stories about his wife and kid. I miss him just being lovable Andy Dwyer or Star-Lord. Instead, now we have to hear him say nonsense like this:

Yes, Chris Pratt says he doesn’t see himself and his upbringing reflected in film.  He told Men’s Health, “I don’t see personal stories that necessarily resonate with me, because they’re not my stories. I think there’s room for me to tell mine, and probably an audience that would be hungry for them. The voice of the average, blue-collar American isn’t necessarily represented in Hollywood.”

Let’s set aside the fact that Chris Pratt left his blue-collar upbringing after high school to smoke pot and live in a van in Hawaii before being discovered at age 19 while waiting tables at Bubba Gump Shrimp Factory and becoming one of the most successful actors working in Hollywood today. Because no, that’s not the life that’s usually reflected in “blue collar” stories.

That aside, ARE YOU KIDDING ME WITH THIS BULLCRAP? The “average, blue collar American” isn’t represented in Hollywood? Just off the top of my head, I can think of a few Oscar-winning movies that fit that description from just the last few months.

And don’t think I don’t side eye this comment the same year Fences and Moonlight, about black blue collar American workers, took the Oscars. https://t.co/V81joTdQuW

–La La Land, if you look at Mia, a small town transplant struggling to get by as a waitress/barista.

What’s more blue collar than the struggles of a garbage collector, a waitress, or a rural couple transplanted against their will to the big city? Is this the point where we have to acknowledge that a lot of white Americans–Pratt apparently included–don’t see stories about women and POC as being about “regular people”?

If that’s the case, then fine. I suppose Pratt will have to be content with recent movies like, oh let’s see…

–Manchester By the Sea

Chris Pratt and those like him are represented onscreen to a ridiculous extent, which is why it’s maddening when they claim otherwise. Can you imagine the narcissism it takes to think that because you’ve never literally been the subject of your own biopic, you can’t relate to the struggles of characters onscreen?

Pratt has the enormous privilege of being part of the demographic deemed acceptable to play “universal” characters with “universal” stories. He gets to represent the stories of “regular people,” as opposed to those considered niche or “identity politics.” From actual blue collar struggles to fighting dinosaurs to space travel, those “regular American” ideals, courtesy of a typically typical white straight down-home male protagonist, are front and center, in movie after movie. (And let’s not forget that a major plot point of Passengers was that, despite being in space, he was just a regular guy, forced to drink drip coffee until he woke up the wealthy, upper-class Aurora with unlimited space dollars.)

Please, Chris Pratt, go back to not letting us peek inside your privilege. We liked it so much better that way.

[Update 4/24/2017: Later on Friday evening, Pratt commented on Twitter that this “was actually a pretty stupid thing to say. I’ll own that. There’s a ton of movies about blue collar America.”]