Looks Like Chris Pratt Has Lined Up His Next Comic Movie Gig: Starring in Cowboy Ninja Viking

Something good. Something badass. A bit of both. 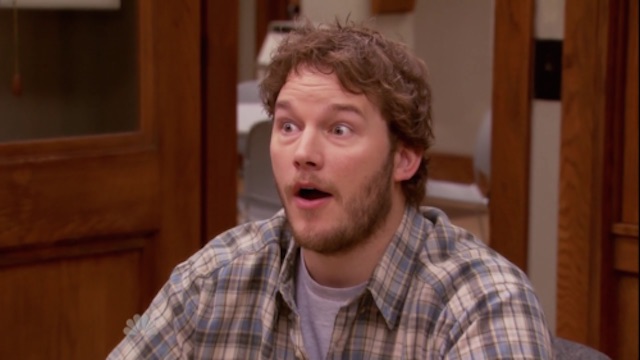 Cowboy Ninja Viking has been in development Hell for a few years, but now that the man who recently became one of the biggest comic book movie stars on the planet is involved, it’s probably safe to say this movie is finally going to happen.

The rights to the Image Comics source material were bought back in 2010 by Disney, but while “cowboy ninja viking” sounds like complete goofball stuff on a level that Andy Dwyer himself would really appreciate, Collider says the rights passed to Universal after Disney deemed their script “too edgy.” Well, now they’re saying Chris Pratt—who’ll also appear in Universal-distributed Jurassic World in June—is attached to star; so while the film still lacks a director, it’s sure to begin attracting more talent soon.

If you want to know what to expect from the movie, here’s the synopsis from the comic’s site:

It started with Dr. Sebastian Ghislain: rogue psychotherapist/covert op/DJ. Tasked with creating a counter-intelligence unit, he turned to those long thought useless to society…patients with Multiple Personality Disorder. These agents became known simply as Triplets. Misguided? Yeah. Impractical? Sure. But did it work? Absolutely not. Now someone has located each Triplet and created a band of ridiculously disturbed, but highly effective assassins. Our only hope? A Triplet known as Cowboy Ninja Viking!

Previously in Chris Pratt is the finest human