Chris Pratt Stole His Guardians Costume to Visit Sick Kids, Continues to Be the Best

In case you were wondering how the race for "best human" was shaping up. 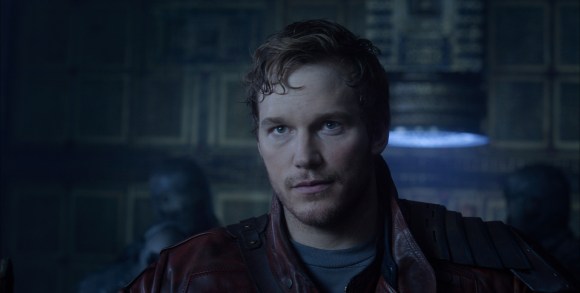 How’s this for a legendary outlaw: Chris Pratt took his Star-Lord costume from the Guardians of the Galaxy set to make sure he’s all prepared for when the movie is a huge success and he can use it to delight sick children in hospitals. It’s not just kids who deserve Pratt’s charming presence, either—he’s happy to grace your slash fic with an appearance, too.

Luckily, the only man who could solve the case of the disappearing costume is probably FBI agent Burt Macklin, and we were mysteriously unable to reach him for comment, so Pratt should be all clear to delight some children.

But he wants everyone to have fun with his Guardians of the Galaxy persona, even if those people aren’t exactly children. He also had a pretty great response to the idea of starring in some slash fic—and probably your dreams. (The volume on this one is pretty low, FYI.)

So there you have it. Pratt has made a commitment to delight moviegoers of all ages both on and off the screen, because he is the absolute nicest guy. I’d say I want him to be my best friend, but I don’t think he has time in his busy schedule of being a perfect human being.

Previously in Chris Pratt being wonderful