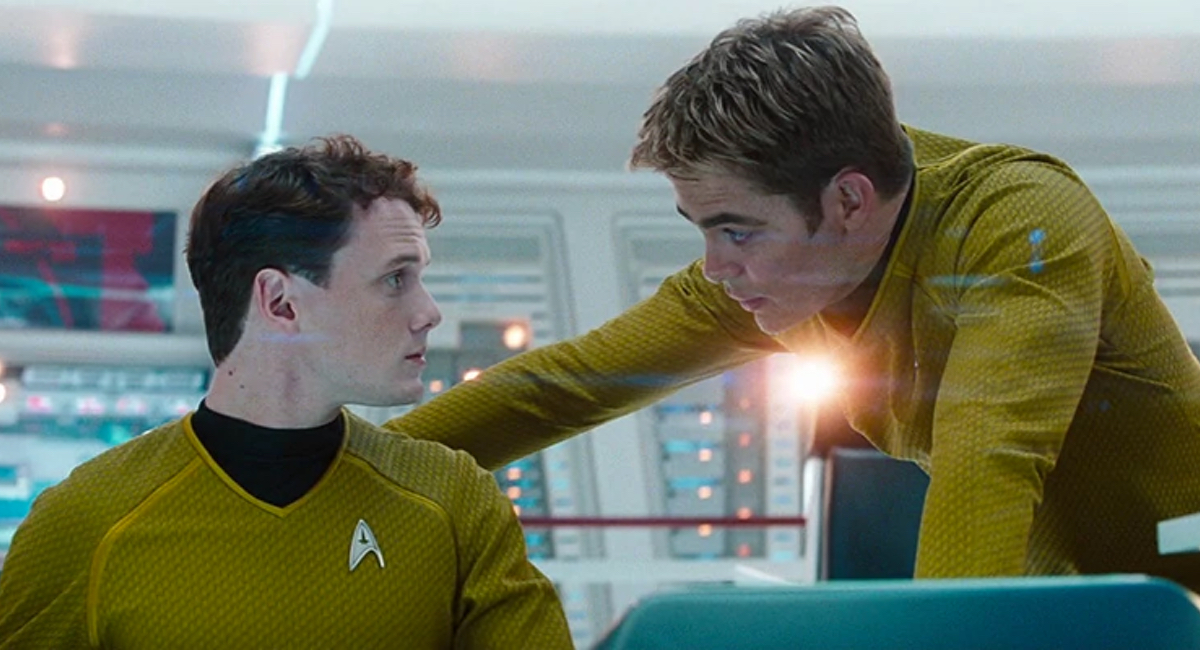 Anton Yelchin’s passing devastated us all when the actor died in a tragic accident back in 2016. To honor the actor, as well as to debut the trailer for the upcoming documentary on his life, Chris Pine appeared at a screening of Star Trek at the Hollywood Forever Cemetery to praise the memory of his friend and co-star, as well as to celebrate ten years of JJ Abrams’s space epic.

Pine talked about being part of Yelchin’s Star Trek family, as reported by The Hollywood Reporter, saying “This curious, fascinating, complex, strange little dude who, when we started [Star Trek], he was about 10 years younger than all of us. He was kind of our younger brother, and we saw him grow up and continue to get stranger and more curious.”

He also shared a story of Yelchin’s struggles with cystic fibrosis on the set of Star Trek Beyond. “He took that obstacle, which could’ve flattened clearly anyone, put it aside, compartmentalized it and just went on his merry way and went on with his life with positivity and humor and enthusiasm, all the while he’s battling something.”

It still hurts to think about Yelchin’s loss. A talented actor and artist, the 27-year-old’s death came as a blow to the film and fan community, especially as it happened a month before Star Trek Beyond was set to be released. We get a glimpse into the impact he had on those around him in the trailer for Love, Antosha, which is certain to devastate audiences when it is released in August. Pine’s honest commentary on what Yelchin meant to him, and indeed the entire cast, is painful to hear.

Pine also took a moment to speak about his own affection for the franchise ten years after his debut as Kirk: “I have deep, deep gratitude for the opportunity to have done it and to be a part of a franchise that’s always been defined by its empathy and its curiosity and its heart and its real attachment to, like every great sci-fi story does, telling now in the future, so we can understand now a bit better.”

Part of Yelchin’s legacy will always be Star Trek and Chekov, be it the image of him dashing through the Enterprise yelling “I can do that” before saving Kirk and Sulu to the heartbreaking final image of him standing with his crew as Kirk toasts to absent friends. The legacy of Star Trek has always been empathy and hope, and in turn, that seems to be part of Yelchin’s legacy as well. He may be gone, but what he gave us is not.