Christopher Eccleston Explains Why He Left Doctor Who After One Series 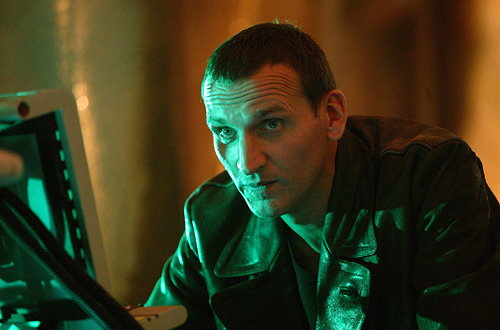 After resurrecting a legendary British series by bringing a new deepness to an iconic role, Christopher Eccleston could be credited with convincing the television-watching public that we were definitely ready for more Doctor Who. If not for his success as the Ninth Doctor, we would have never had a Tenth or Eleventh Doctor, nor would we have all the excitement and geekery that comes with a brand new generation of Doctor Who fans. But his tenure as the Doctor only lasted for one series, and Eccleston has always kept quiet about the reason behind his premature departure. Until now, when he was asked if he’d return for the show’s 50th anniversary. His answer? A resounding “No.”

Back in 2005, when Eccleston ended his run as the Doctor, there were hints that it was more than just not wanting to be typecast or stuck in a long contract. But he kept mum, not letting on the real reasons why he left: friction. He was asked about his decision to leave during a acting master class at the Theatre Royal Haymarket this week.

“I left because of politics. I did not see eye to eye with them. I didn’t agree with the way things were being run. I didn’t like the culture that had grown up around the series. So I left, I felt, over a principle.”

And as far as that anniversary special goes (which is said to feature other past Doctors): “No, never bathe in the same river twice.” That was probably not a River Song reference, either.

Bad Wilf has even more from Eccleston, who added that to stay would have meant a lot of money and exposure, but he also would have had to “eat a lot of sh*t.” Well. That’s disappointing. It’s always a bummer to hear that behind the scenes, things are not as fun as they are on-screen. But Eccleston says that despite the money and security, he would have been ignoring his own instincts and even hints at witnessing bullying on-set.

… [I]t’s easy to find a job when you’ve got no morals, you’ve got nothing to be compromised, you can go, ‘Yeah, yeah. That doesn’t matter. That director can bully that prop man and I won’t say anything about it’. But then when that director comes to you and says ‘I think you should play it like this’ you’ve surely got to go ‘How can I respect you, when you behave like that?’

He also knows that some people think he never really fit the role of the Doctor (for what it’s worth, we disagree), but all in all, it just seems like an unhappy environment on a show that was still finding its way. And as awesome as Eccleston was (“Fantastic!”), how many of us can really complain about David Tennant? (Zero. The answer is Zero of us.)

Besides, we’re probably going to get to see him on Game of Thrones next season. FANTASTIC!

(Bad Wilf via The Guardian)