Is the Ninth Doctor Joining Game of Thrones? 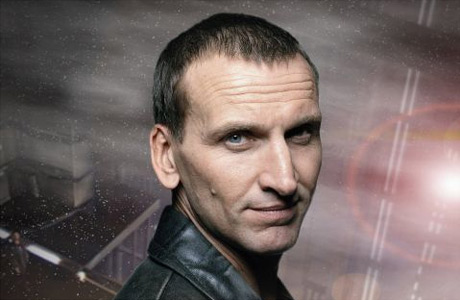 There are some rumors going around that Christopher Eccleston, known for his stage and film here and across the pond, but mostly for his role as the Ninth Doctor on Doctor Who, might be joining the cast of HBO‘s Game of Thrones in its second season. Why it took someone so long to think of this we’ll never know. But if it does happen, the world will find out what a real geek fangasm sounds like. Let’s speculate on who he could be playing, shall we?

Keep in mind, this is not confirmed yet. But Blastr thinks Eccleston might be a good fit for one role in particular:

The 47-year old actor could be up for the role of Stannis Baratheon — Robert Baratheon’s brother and, according to Lord Eddard Stark, the rightful heir to the Iron Throne and the Seven Kingdoms.

For those familiar with the show, Stannis is often mentioned, but did not show up in the first season. Or there’s the role of Balon Greyjoy, father of Theon, and “the Lord of the Iron Islands who will proclaim himself king.”

Eccleston has played so many kinds of people that there’s no way he wouldn’t fit into Game of Thrones. And to jump from Doctor Who to another geek-friendly series? Seems like something the Doctor would do. For kicks. But look how majestically and confidently he recites Latin in this clip from Jude. At the urging of the Tenth Doctor, David Tennant:

Casting news that is confirmed is the addition of Natalie Dormer as Margaery Tyrell. She previously played Anne Boleyn in Showtime‘s The Tudors and will soon be seen in Captain America: The First Avenger.

(Den of Geek via Blastr)