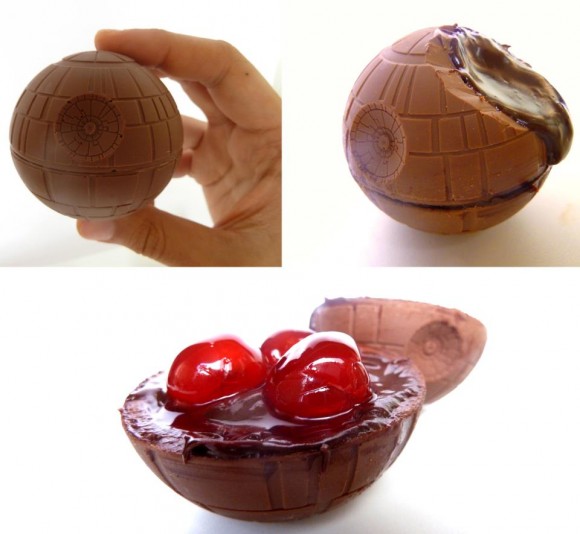 Now I really want a version of this that’s like those chocolate oranges? Where you slam it on a table and it breaks into sections? Forge that for me, fickle internet gods.

(ZeeK Confeitaria via Geeks are Sexy.)