Chilling Adventures of Sabrina Ends With More Highs Than Lows

But the lows were still there 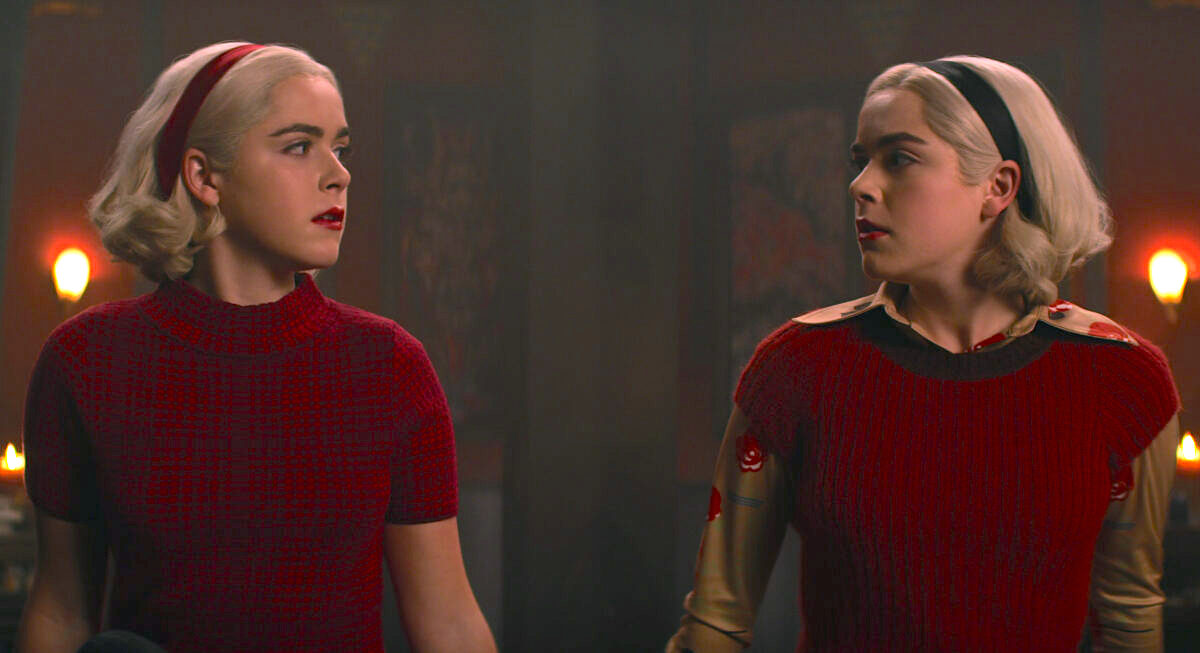 Going into Part Four of The Chilling Adventures of Sabrina I was both excited, sad, and worried. Excited because, well, I really love this show and over the seasons I’ve come to love the characters. Sad of course because I knew this was the final batch of episodes and after this, there would be no more Chilling Adventures in Greendale, and worried because, as much as I like this show, it’s faltered in terms of serving its diverse cast and making Sabrina a likable character. And I worried how things would work out for the show’s depictions of paganism and witchcraft as the coven turned to Hecate as their dark mother.

The verdict in the end? Pretty good! Part four does a reasonably good job of things, giving some characters who had been sidelined in the past, like Roz (Jaz Sinclair), some pretty juicy stuff and delivering extremely well on the promise of the coven finding their power in a goddess, rather than Lucifer. The threat of the Eldritch Terrors is a really good arc that provides some extremely good monsters of the week (or episode, as it were), and the two Sabrinas plot that was seeded last season pays off in some very surprising ways, which is great.

The real star of the season, however, is Sabrina Spellman (the one that lives on earth, the Sabrina ruling hell is Sabrina Morningstar) and part four does something that might seem unthinkable: makes us root for her again. Throughout this series, the thorniest thing has been that Sabrina herself, while compelling, has constantly acted in selfish and rash ways that hurt those around her. In this season, she truly has to grapple with the consequences of her actions and mistakes, and … she really does grow and change!

Kiernan Shipka has always been able to carry the show with poise and verve, but she really does hit a new level this season. Not only does she play two Sabrinas, with perfect subtle differences that mean you can always tell who is who, but she sees both of them through some major emotional growth. It’s a really impressive feat that I applaud, though again, it makes me sad that we won’t get more of her Sabrina going forward.

The flip side of these final episodes having such a large focus on Sabrina is that many other characters fall by the wayside, which is unfortunate. Zelda (Miranda Otto) is as steely and amazing as ever and I love her romantic relationship with Mambo Marie (Skye P. Marshall), but I wish there was more. Hilda (Lucy) is also great but she doesn’t really have an arc, nor does Ambrose (Chance Perdomo), who is around a lot, but pretty much to only spew Eldritch exposition. He does it marvelously though.

This goes for many characters, and while a lot of folks get satisfying resolutions to series-long stories, it feels like there could have been more. This cast is just so good that I want entire episodes for everyone, but I know that’s not in the cards. Characters like Prudence (Tati Gabrielle) and Theo (Lachlan Watson) do get more to do this season than last, but it’s still a bit thin. 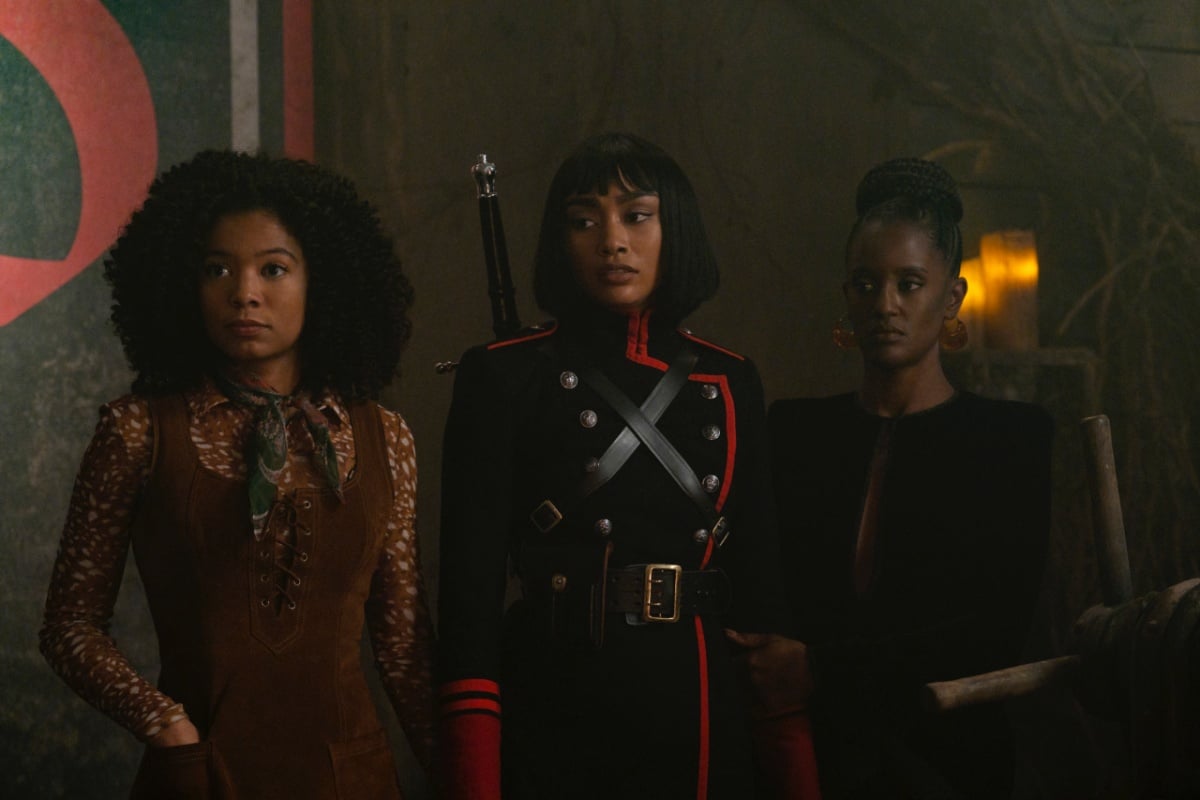 The weakest part of the season I would say is the plots involving hell, Lucifer, and sadly, Lilith. I love Michelle Gomez as Lilith and would die for her, but her story goes off the rails about halfway through the season and doesn’t really correct. And … aside from their relationship to Sabrina, I could care less about Lucifer (Luke Cook) and Caliban (Sam Corlett). More welcome is Nick Scratch (Gavin Leatherwood) who is as hot as ever, and comes through in the final episodes. Richard Coyle remains extremely fun and hate-able as Blackwood.

There’s one episode however that gives us major character moments in really interesting ways, and that’s episode four, “The Imp of the Perverse” which functions as a Sabrina-style take of the classic Buffy episode The Wish. The entirety of Greendale is wished into an alternate world where Blackwood is Emperor and witches are hunted. Somehow the episode manages to combine nods to QAnon, Cabaret, and The Sound of Music into what might be one of the best episodes of the series and I really loved it. Especially because it’s a huge episode for Roz and Harvey (Ross Lynch).

So, how does it all end? Well, I won’t spoil you, but the final episodes also contain Sabrina’s take on another classic meta episode, Supernatural‘s “The French Mistake” and the final hour serves as a pretty emotional wrap-up to the series in a way that brings many things full circle. It functions fine as a series finale, but you can also tell that it probably wasn’t intended to be the finale when it was written and shot and so some threads are left dangling, to say the least.

My favorite thing however this season turned out to be how the show dealt with witchcraft and the worship of Hecate. As a witch, the conflation of witchcraft with Satanism always bugs me, but I liked the tongue in cheek way Sabrina handled the Church of Night and the Dark lord throughout the series. But to see these women calling on a powerful Goddess that I myself connect to and revere throughout this season, and to see them doing it in a way that was empowering and even authentic was really amazing and absolutely elevated this season for me.

Overall I really enjoyed most of these final episodes and I do wish there was some sort of resurrection pit for this series because as final as the end might have been, I still would like more of this world.

All episodes of The Chilling Adventures of Sabrina are available on Netflix.