When Will Sabrina Learn How to Handle Its Black Characters? | The Mary Sue

When Is Chilling Adventures of Sabrina Going to Learn How to Handle Its Black Characters Properly? 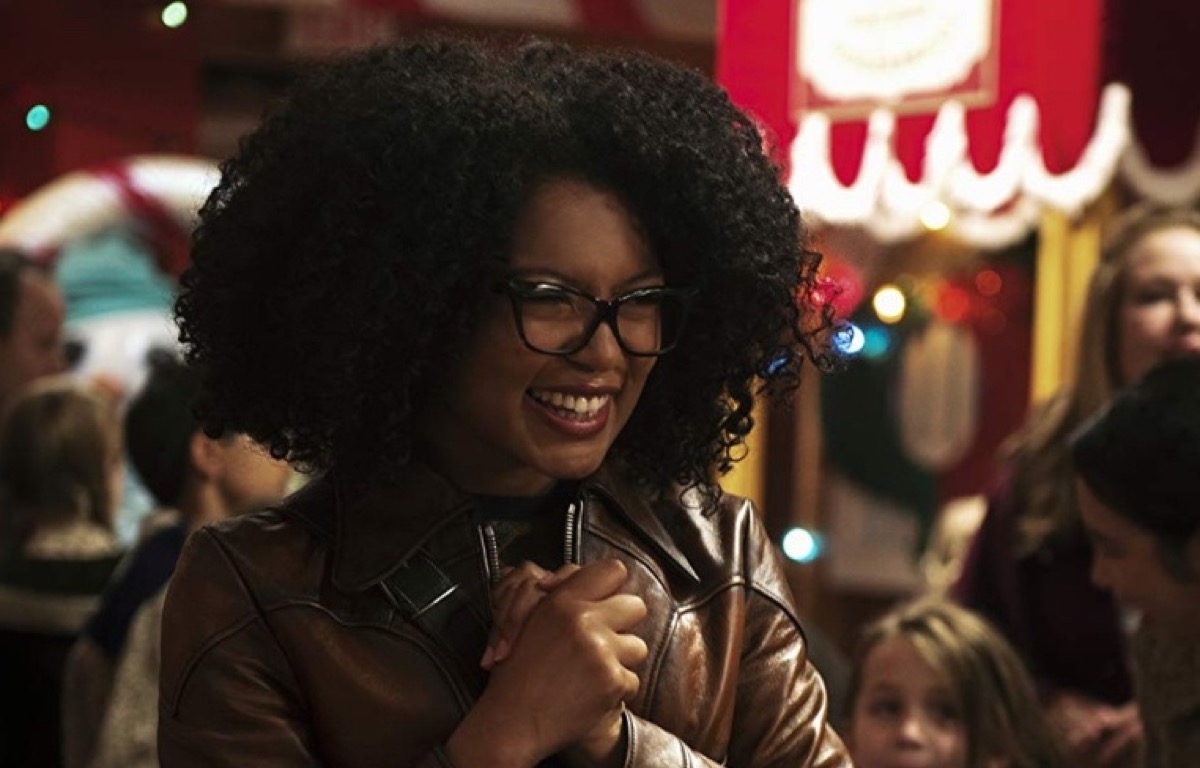 Every season of Netflix’s Chilling Adventures of Sabina has a lot that it does right and a lot that it continues to fumble with. With this season, I loved how it handled a lot of the issues of sexism within the witch society, but it also continued to have weird subtext when it comes to race.

**Spoilers for Chilling Adventures of Sabrina.**

The third part of Sabrina introduces a new set of villains: the Pagans, presented as traveling carnival people with a variety of accents who worship old gods. A lot of their characteristics are uncomfortably similar to the Romani peoples. It’s even more jarring that the “pagans” are placed in conflict with the Satanic witches, who, until their pivot to Wiccan matriarchy with Hecate, are rooted in Judeo-Christian Satanism.

It doesn’t help that paganism is so frequently female-centric and rooted in female power, but Sabrina chooses to focus on the Green Man. Instead of highlighting all the different kinds of female-based magic, the Pagans are just “othered” in a way that made me uncomfortable, especially when they were so easily dispatched. This isn’t to say they weren’t “evil,” but in a show were our protagonists have also murdered, raped, and committed terrible actions in the name of Satan, how is one better than the other?

Still, that would only be one factor, if not for the way the show sidelines Prudence, Ambrose, and Roz. When we start this season, Prudence and Ambrose are on a journey to kill Father Blackwood, and they end up meeting Mambo Marie, a Haitian Voodoo Priestess in New Orleans. It seems like the beginning of what is going to be a long journey, but after they find Blackwood and rescue the twins Judith and Judas, that pretty much ends their storyline.

As Nylah Burton brings up in her article for Wear Your Voice Mag:

“And when Prudence and Ambrose finally start exploring African spiritual traditions, their very apparent Blackness and inherent connection to these traditions isn’t even discussed. Season 3’s “Mambo Michele Marie Le Fleur, Priestess of High Haiti, Daughter of the Tiano people, faithful to Guinee” is the one character on the show who does embrace her Blackness, but through a distorted lens of what Voodoo actually is. Mambo Marie’s portrayal of Caribbean religious traditions is weak, and watered down, and inaccurate. And one can’t help but feel its inclusion is just to add some spice to the show, or as a premature mea culpa, to say, “We’re not racist, we have Black characters and African religion.”

Marie gets brought back when she’s summoned, along with a bunch of other witches, to help Zelda, and you think it’ll be more of a chance to see African magical highlighted, but it turns out just the opposite. When Marie attempts to show the students a protection dance, Zelda barges in with the magical equivalent of “can you turn that rap music down?” Eventually, we are supposed to see this as a culture clash because Marie is a Catholic, but it’s hard to ignore the subtext of that. It doesn’t get erased just because Zelda ends up kissing her.

Roz continues to be mostly irrelevant and gets turned to stone for a chunk of episodes, because she’s not a virgin and the Pagans need to sacrifice a virgin. Despite the previous season wanting to make us believe that Roz and Harvey were an actual couple worth being invested in, we spent episodes showing that Harvey still has feelings for Sabrina and vice versa. The ship is is just a irrelevant as I expected, and it’s disappointing.

All of this is jarring, as a viewer, because they have a lot of really great Black talent, and it’s clear they want to be inclusive, but they still continue to marginalize brown bodies. Even Agatha gets turned into a mindless killing machine who ends up killing Dorcas, and just shrinking under the control of Blackwell.

Between the Romani-coded Pagans and the way every Black character is used for the benefit of a mostly white coven with little of their own storyline on top of it, I just feel like if Sabrina hasn’t learned the lesson by now … it’s never going to learn.