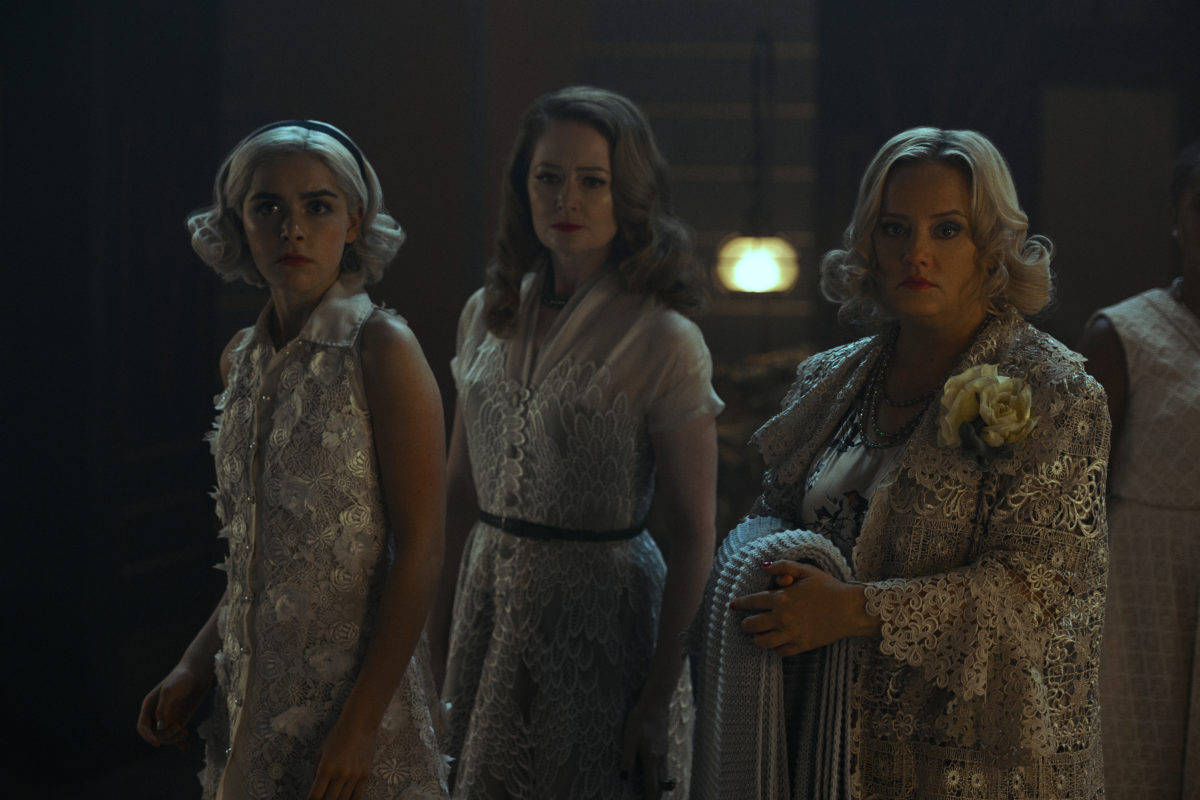 **SPOILERS for the entirety of Part Three of The Chilling Adventures of Sabrina.**

The Chilling Adventures of Sabrina has always been a show about power, but in a seemingly ironic twist, a show about witches—the ultimate icon of independent female power—was all about patriarchy and oppression of women by the ultimate douche bro, Satan himself, and his buddies. But in part three, the witches of Greendale finally found their feminine power.

Witches, historically, have been many things. They were wise and powerful women, but also they were fictions created by the patriarchy to abuse and suppress women. The idea of witches in league with the devil was a tool the Church and other powerful men used to kill, torture, and oppress women … so it’s always been ironic to me to see Satanic witches portrayed as empowered. The relegation of strong women to slaves of an evil man is just another patriarchal distortion.

But Sabrina, rather brilliantly, has made itself about that contradiction: women with magic who are nonetheless beholden to a man for their power and independence. The Church of Night was run by misogynist men who wanted women to be subservient. Heck, the devil himself enjoyed the right of Prima Nocta with the witches because the Dark Lord is a gross, petty pig. He’s always been bad, but the witches needed him. 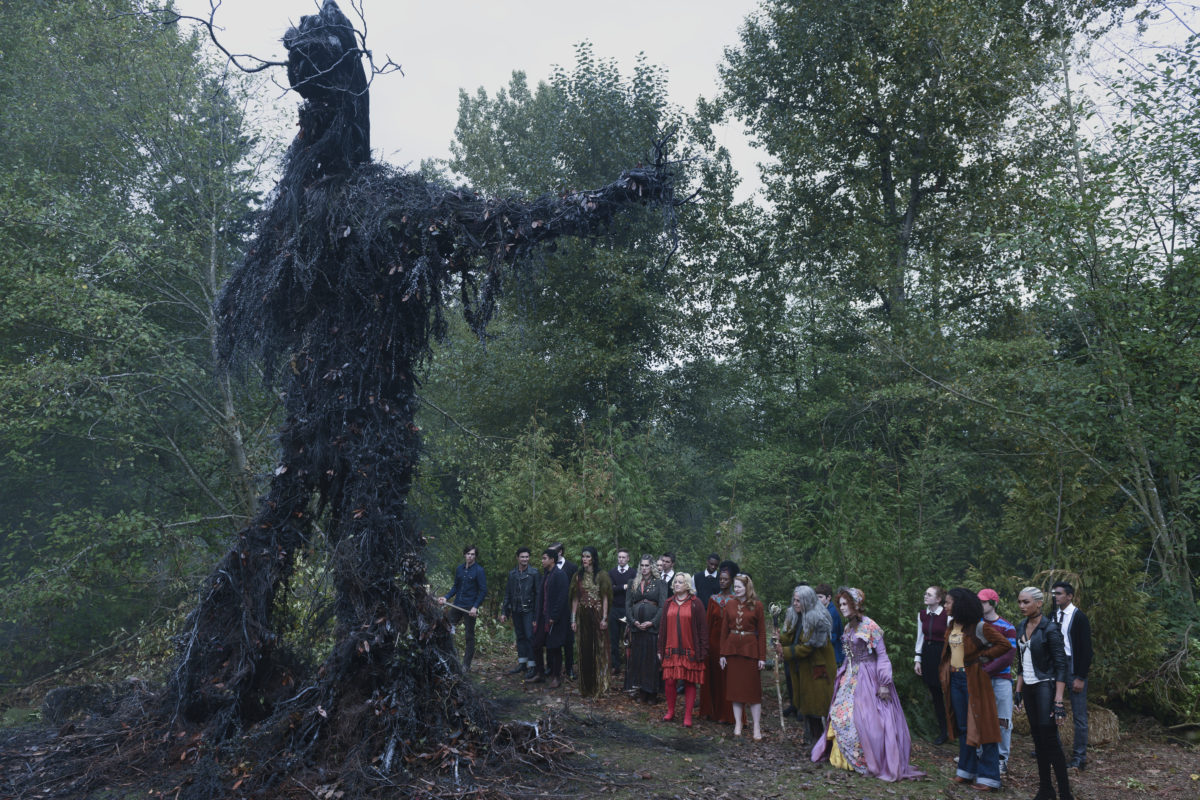 At the end of part two of the series, the Dark Lord was overthrown and trapped, and Lilith, the first witch and mother of demons, was installed as Queen of Hell. Part three was all about the consequences of this. Lilith couldn’t give witches power the way Satan did, and that made sense. She was a strong woman, but her power and position were still relational, still tied to her connection and previous service of Lucifer.

Most of part three was devoted to the Greendale coven seeking out an alternative source of magical energies so they could defend themselves and the town against a band of pagans who ran a creepy carnival. The pagan twist I was not terribly into, at first, because by all rights, witches like Sabrina, Zelda, and Hilda should be pagan themselves. The idea that the pagans were bad because they made human sacrifices to their god also wasn’t very meaningful, considering that many of our “heroes,” until recently, worshipped the devil and ate people.

But the pagans were, much like the coven, devoted to a man, albeit a green one, and the answer to the Witches’ problem of power and depleted numbers came from them turning to women—both other, exiled witches and the triple Goddess herself. 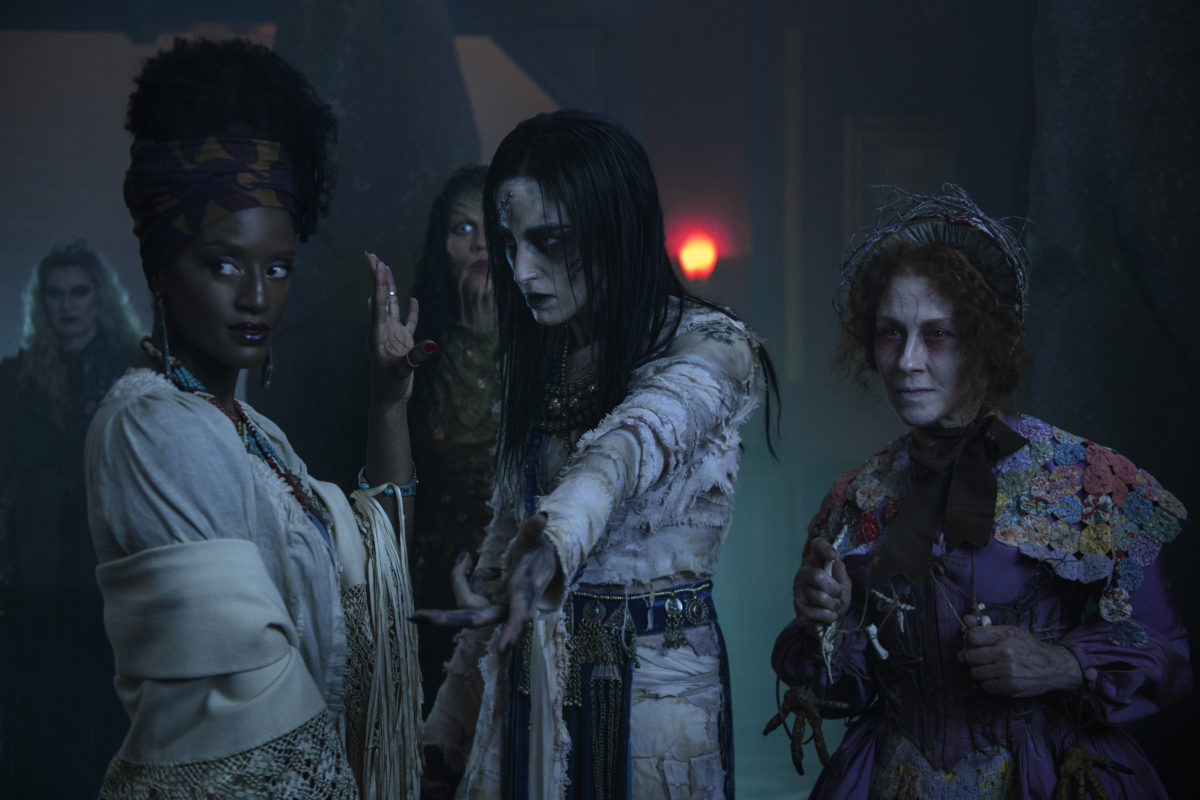 I simply adored that the Greendale coven, thanks to Ambrose and Prudence’s time abroad, found strength in other non-satanic witches, especially Mambo Marie, a New Orleans VooDoo witch. It acknowledged that power doesn’t just come from men like Lucifer (or the false god), but that when women come together, they are more powerful.

It was the finale really that raised everything to a new level, as Zelda emerged from a sojourn in the underworld (a very common goddess myth archetype) with knowledge of who the Greendale coven should really be worshipping: not a god, but a goddess—the Goddess of witches herself, Hecate. Hecate is a real goddess, of Greek origin, associated with both the underworld and crossroads, magic and darkness. She’s awesome.

Sabrina honors Hecate as a triple goddess, an expression of the totality of a woman’s life, and it’s her power that saves Hilda and empowers all the women of Greendale. I love that it’s now a powerful, unseen Goddess that these witches serve, free of male dominance. That’s not to say there isn’t a place in their circle for men like Ambrose and Theo, but things have changed, and these witches are now free to bask in the moonlight of a new mistress.

It’s also important how a woman saved the day in the other big plotline of the season, Sabrina’s claiming of the throne of hell. As I’ve mentioned in writing about the paganism of Frozen 2, it’s a pagan, or at least Wiccan, idea that the Goddess and her power have always been within us, and we are the ones we have been waiting for. 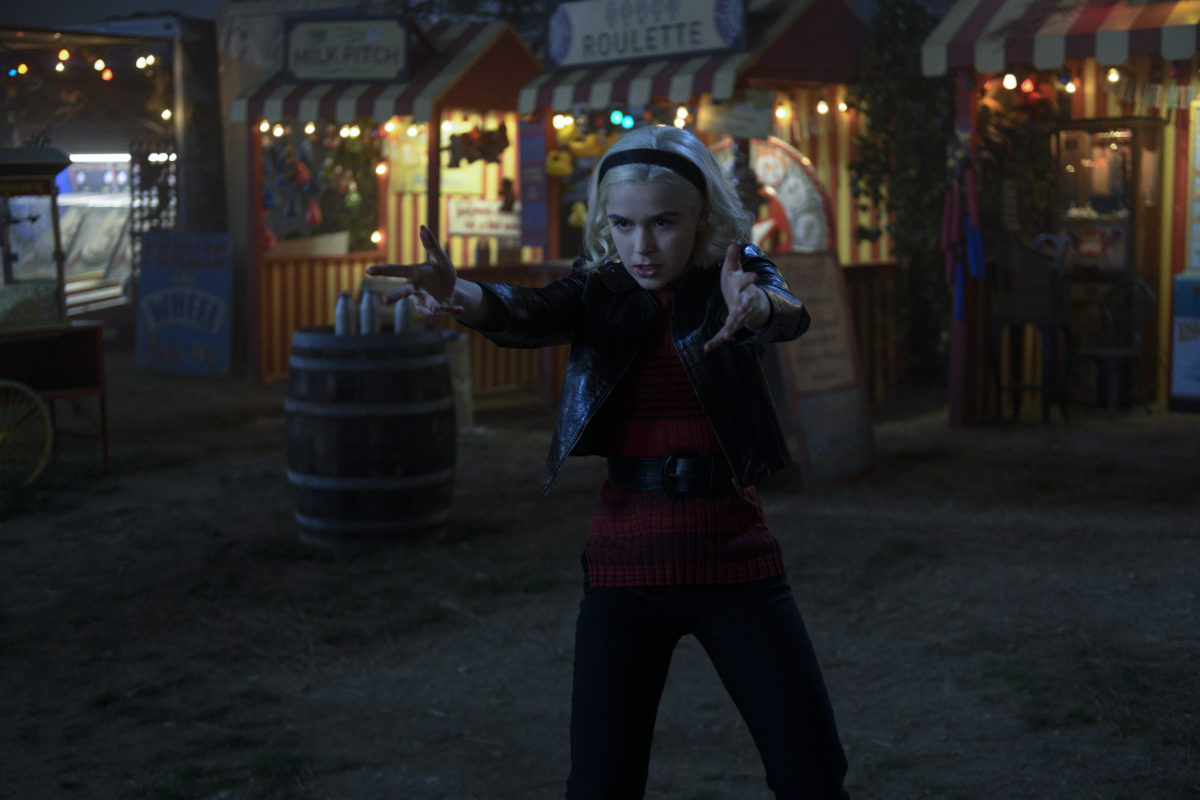 This becomes incredibly literal as Sabrina saves herself in hell with some time magicks. Of course, Sabrina, being Sabrina, has to break the rules of time and the universe so that there are now two of her, one ruling in hell and one happy in Greendale. This will very likely go terribly wrong, but it’s at least nice that we have a woman on the throne of hell again.

There’s a part four of The Chilling Adventures of Sabrina on the way, and I’m excited to see where it goes and how the newly empowered coven deals with the Eldritch terrors Father Blackwood has unleashed. After what seemed to be a season intent on making pagans look as bad as or worse than the Satanists, it was incredibly satisfying to see the Goddess win out.

It was also incredibly satisfying to enjoy the moment in episode eight when Marie and Zelda were engaging in some profound eye contact, which had me whispering, “Now kiss!” out loud, and then to see them actually kiss onscreen! Yes, please give me more of Zelda in a queer, interracial relationship with another powerful woman!