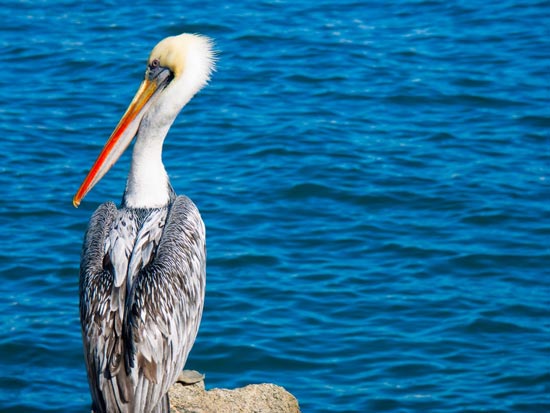 Several news outlets are reporting that some 2,300 dead sea birds have been found along four miles of beach in Chile. The mass avian die-off has left corpses from Cartagena to Playa de Santo Domingo, and is a no doubt unnerving sight. We really need to stop these mass animal die-offs, they’re creeping me out.

According to reports, most of the birds were gray petrels, with some pelicans, gannets and Guanay cormorants as well. Many of the birds were found with broken wings and bruising, suggesting that the birds were caught in fisherman’s nets and drowned before being dumped back into the water.

Though fishing nets do kill a certain number of birds per year, it is usually much lower. Jose Luis Britos, the director of the Museum of Natural History of San Antonio, Chile, is quoted as putting the number at around 15 to 20 annually.

While the cause of death seems understood, how so many birds came to die in this manner is still a mystery. One theory blames nearby oil exploration. However, recent bird and dolphin die-offs in Peru have suggested that warming ocean waters could have played a role. Unseasonably warm waters along the Peruvian coast seem to be causing schools of anchovy to seek out the  cooler, deeper waters around Chile.

The influx of anchovy may be causing migratory birds to linger around Chile, feasting on the fish. With more birds there are presumably more accidental drownings in nets, which resulted in beaches filled with dead birds. Meanwhile, seabirds in Peru are apparently dying of starvation.

Though the exact chain of events that has lead to the enormous number of bird deaths is still unclear, Britos’ staff and local officials are trying to prevent further deaths by working with local fisherman. The hope is that they can be persuaded them to save the birds before the nets are closed. With any luck it might keep some birds alive, though the changing marine ecosystem in the region will remain in flux.