Meet The Eleven-Foot “Chicken From Hell”

White meat doesn't seem so lame now, does it? 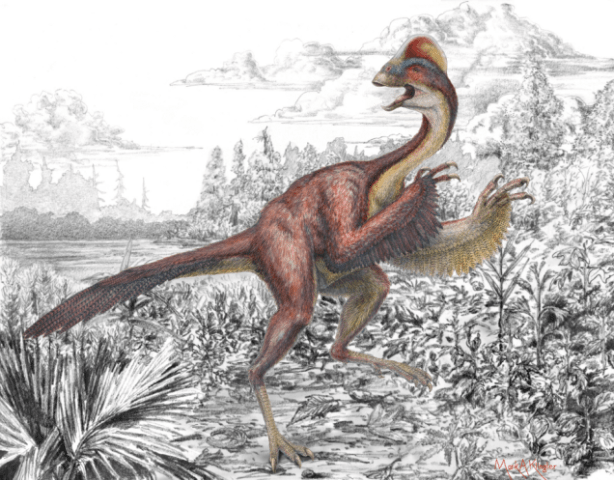 Apparently Tyrannosaurus Rex had a vaguely ridiculous but still intimidating foe: an 11-foot long feathered dinosaur named after a Mesopotamian monster that paleontologists have uncovered in Hell Creek, Dakota. Chickens: what happened?

“We jokingly call this thing the ‘chicken from hell,’ and I think that’s pretty appropriate,” says paleontologist Matt Lamanna, an author on the recent study in PLOS ONE. Lamanna and his team recently uncovered three skeletons of Anzu wyliei, a 600 pound feathered dinosaur that clucked around the Dakotas 66 million years ago. 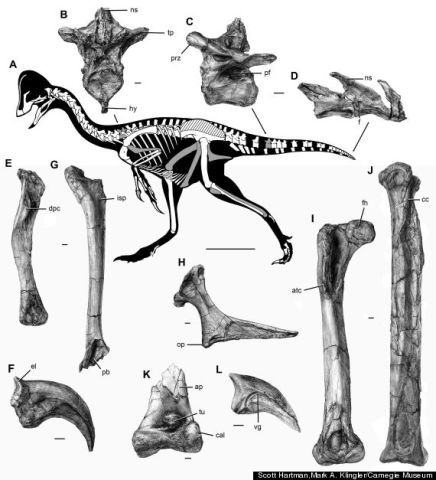 At 11.5 feet long and 5 feet tall at the hip, the demon chicken is the largest oviraptorosaur discovered yet in North America– a group of crest-headed dinosaurs closely related to birds. Although Anzu wyliei certainly looks more fearsome than modern chickens, it likely just subsisted on vegetation, small animals, and possibly eggs, so don’t worry if you should cross paths with them during your time traveling high-jinx.

Since it roamed the earth in the Late Cretaceous, scientists hypothesize that the Chicken from Hell was wiped out by an asteroid along with its other dinosaur brethren. If only they’d listened when it said the sky was falling.

(via io9, image via Mark Klinger, Carnegie Museum of Natural History and PLOS ONE)