D'awwwwww. Look at its little feathers... 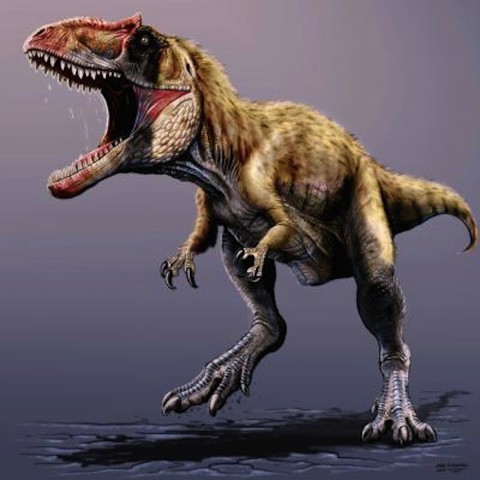 It would take a super hardcore dinosaur to keep a T-Rex down, and Siats meekerorum was just such a dinosaur. Recently discovered in Utah, it’s the third largest carnivorous dinosaur discovered in North America, and it kept the tyrannosaurs from becoming top dog—erm, dinosaur—for millions of years.

The “new” dinosaur was discovered by Lindsey Zanno of North Carolina State University and Peter Makovicky of Chicago’s Field Museum of Natural History. It was promptly named after a cannibalistic, man-eating monster from Ute tribal legend, because why not go for some bonus scary points?

It wandered around the Late Cretaceous period (100 to 66 million years ago) being giant and terrifying and generally the boss of other dinosaurs until it was eventually succeeded by the Tyrannosaurus Rex. The skeleton unearthed by Zanno and Mokovicky is 30 feet long, and the dinosaur it was once inside of would have weighed about four tons.

That’s even more impressive when you consider that they believe the bones to be from a juvenile, and that the adult form would likely have been even more ridiculously massive. It’s possible that an adult of the species would be second in size only to the T-Rex, which weighed more than twice as much as the juvenile Siats meekerorum.

Remember, dinosaurs were very real things that used to live here. So, here’s some more nightmare fuel for you. 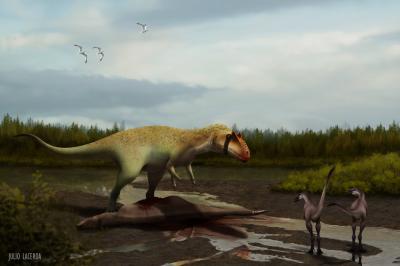 Even the dinosaurs on the right could eat you.

(via Eurekalert, images via Jorge Gonzales and Julio Lacerda)