“Tiny” T-Rex Discovered In the Arctic 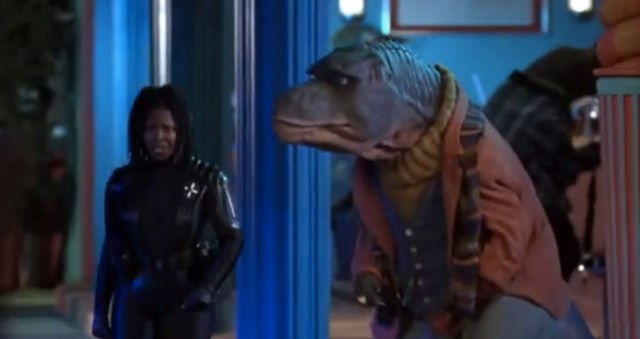 There are over 50 different varieties of T-Rex, but the most recently discovered version of the dinosaur king is puzzling for its size as well as the surprising location where its fossil was unearthed. Meet Arctic “polar bear lizard” Nanuqsaurus hoglundi, the baby brother of them all.

According to a study published yesterday in PLOS ONE, although Nanuqsaurus hoglundi was significantly smaller than the “typical” Tyrannosaurus Rex, it may in fact have been more vicious than his larger relatives. Clocking in at around six feet, the smaller T-Rex likely hunted in addition to foraging, whereas larger Rexes are now thought to have relied on scavenging.

This new T-Rex is the same approximate size as another Arctic scavenger from 7 million years ago, the Troodon. The similarities in their size may give paleontologists some clues about the carnivore’s ecosystem. Explains Anthony Fiorillo of the Perot Museum of Nature and Science in Texas,

To us that is a really cool thing because it is telling us, we think, that there is something about the Arctic environment of 70 million years ago that selected for an optimal body size for a successful predator.

At this point scientists are basing their understanding of Nanuqsaurus hoglundi off four skull fragments from one specimen–just enough evidence to show that the remains were from an adult, smaller species and not just a juvenile T-Rex.

Hopefully more fossils can be unearthed to help paleontologists develop a complete picture of what Rex Jr. looked like. With any luck, he won’t have his siblings’ arms.

(via Geek.com and AFP, images via Theodore Rex )