Chewbacca Strap Cover Perfect for Making the Jump to Lightspeed 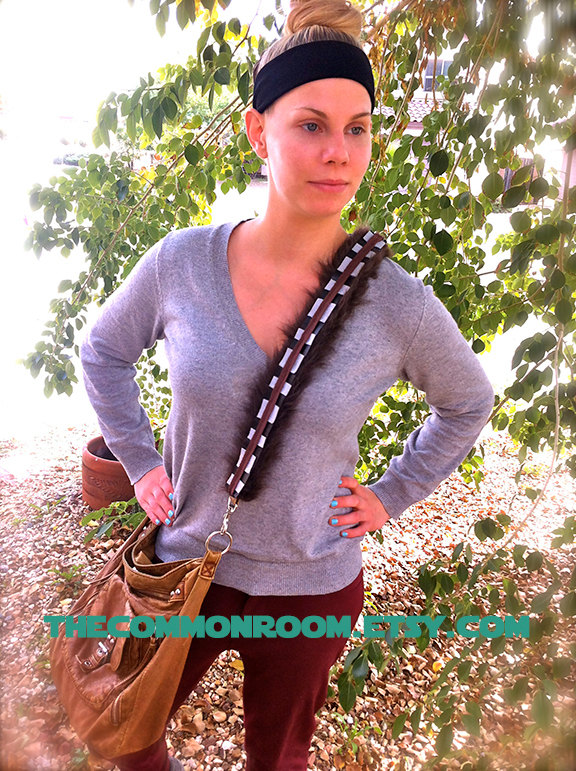 Or for giving your shoulder bag a bit of what it takes to get around in this crazy old universe. Add a brown furry coat and a brown furry hat, and you’re a person I would be delighted to notice on the subway. This velcro-fastened strap cover is made and sold at Etsy shop The Common Room.