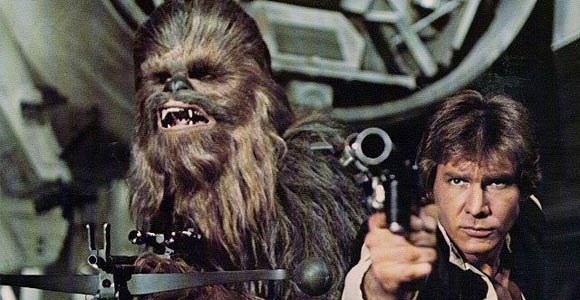 A Chewbacca headpiece worn by actor Peter Mayhew in the original Star Wars trilogy just sold at auction for a lot of money (plus a few other props). This is interesting news but I can’t help but think, “I thought it smelled bad on the outside…”

“A Chewbacca headpiece used in the original Star Wars trilogy sold for $172,200 ($140,000 plus $32,200 buyer’s premium) at a Profiles in History auction,” writes The Hollywood Reporter. “Profiles described it as the finest ‘screen correct’ Chewbacca headpiece in private hands. It comprises a screen-used full-head cowl finished with period-made facial pieces, such as the front jaw, nose, teeth and tongue.”

Ewww, Wookie tongue! Ok, maybe I’m the only one grossed out by this but I can’t imagine something of this nature looks or smells too great after 30 years.

The buyer got more than just Chewie’s head for the $172k though, they also got autographed photos from Mayhew and from the designer of the suit, Stuart Freeborn.

But the camera George Lucas used to film the movies still stands as the most expensive bit of Star Wars memorabilia ever sold at $625,000.