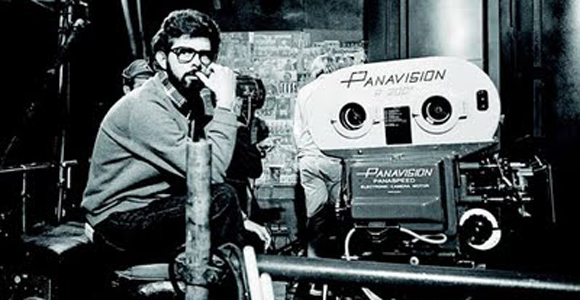 The camera director George Lucas used to film the original Star Wars movie has just been sold at auction for a remarkable amount. So, just how much did the Panavision PSR 35 mm go for? Read on!

The Panavision sold for a record $625,000 at an auction in Beverly Hills last weekend. It’s now officially the highest-selling piece of not just Star Wars memorabilia but vintage Hollywood film cameras as well. According to the Hollywood Reporter, “The record price of $520,000 (plus $105,000 auction commission) was nearly three times the high estimate of $200,000 for the item. The previous record for Star Wars memorabilia sold at auction was set in 2008 when a buyer paid $402,500 for a miniature TIE fighter model used in the original Star Wars.”

Lucas’ Panavision really set the bar high for anyone else looking to sell off a famous camera. THR wrote, “A Panavision camera used in the filming of 2001: A Space Odyssey fetched $70,000. Charlie Chaplin’s hand-cranked 1918 Bell & Howell camera failed to sell after receiving no bids for its minimum price of $200,000.”

“The auction lot included two 1000 ft. magazines, a Panaspeed motor, matte box, follow focus, Moy geared head, camera dolly, lens, and six equipment cases,” wrote THR. “The buyer also received a photograph showing George Lucas seated at this camera on the set of Star Wars and paperwork from Panavision authorizing its private ownership.  Panavision generally rents rather than sells its equipment, making this one of only a handful of privately-owned Panavision cameras.”

What’s even cooler about this is the camera was fully restored and in working order. Meaning, YOU COULD REMAKE STAR WARS.

You know, if you wanted to.