Chaos Walking Trailer Plunges Us Into a World Filled With “Noise” 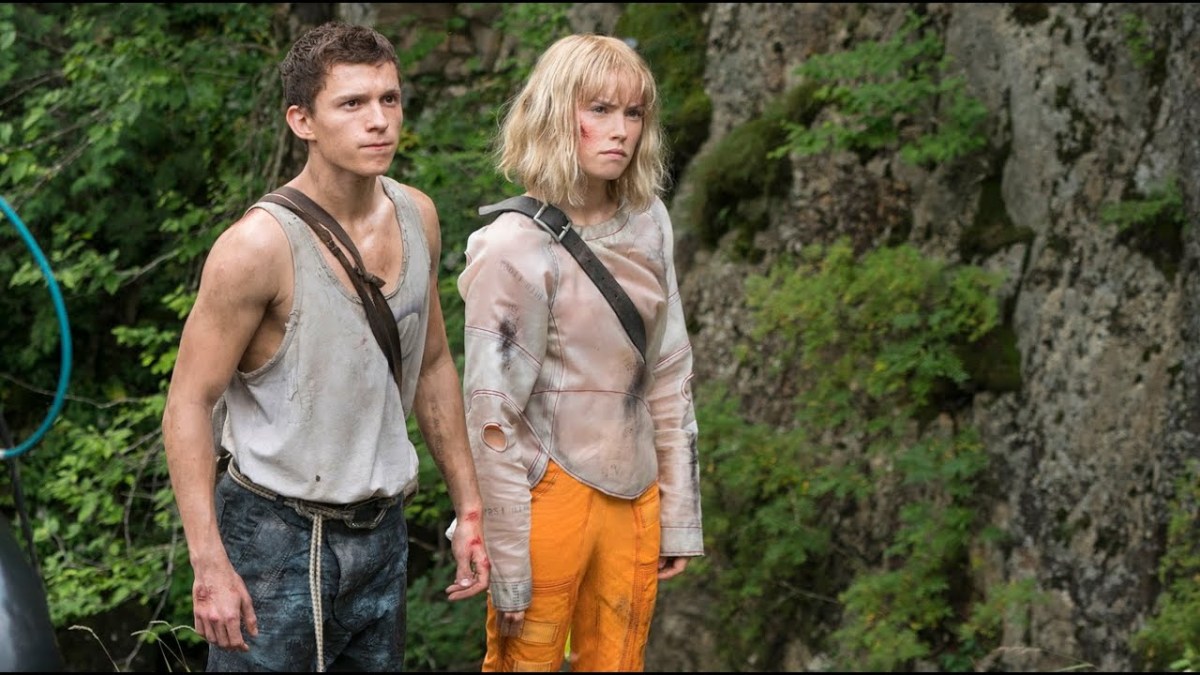 The full trailer for Chaos Walking is here, and while it’s a deeper look into the world created by Patrick Ness than the teaser we got a few days ago, it doesn’t give too much away about how far into the three-book series this movie gets. In a world where only men exist and their thoughts are constantly on blast, Viola Eade (Daisy Ridley) crash lands and meets Todd Hewitt (Tom Holland), who is confused by seeing a woman in the first place and even more shocked by the fact that he can’t hear her thoughts, but she can hear his.

While I’m just starting to read the series myself, it does seem interesting, and if the other two books get movie adaptations as well, the series as a whole does seem to have a commentary on what we choose to believe and our tunnel vision and how it’s limited to the world we know and that is all.

The trailer gets into Mayor Prentiss (Mads Mikkelsen) a bit by showing his attempts to protect his world from Todd’s power, but also shows the dangers of their broadcast thoughts, the “noise,” for the men of this world. When Todd and Viola are trying to hide, she wills him to silence his thoughts, but he can’t. Todd almost gets into a fight with Davy Prentiss Jr. (Nick Jonas) because of something that his noise is saying, and so on and so forth.

But, as Viola says, this world is loud. So, I’m interested, from an audience standpoint, how that’s going to work. Sure, to establish the noise, it will have to be overwhelming, but as the movie goes on, is it going to be constant? Are we going to see everything going through their thoughts while trying to also follow the plot of Todd and Viola’s journey? I suppose that’s the point of this world, but it’s going to be interesting from a filmmaking point of view.

The trailer says that the movie is a “worldwide event” that is coming soon with no real date set. So, does that mean that Lionsgate has plans to send the movie to streaming as Warner Bros. just did with Wonder Woman 1984, with a limited theatrical release? Or is Chaos Walking going to join the pile of movies waiting for release dates when it is safe to return to cinemas?

Whatever they chose, I’m invested. I’m excited. And please do not let Viola end up disliking Todd’s dog. That would be too harmful in these very trying times for us all.