Why Chadwick Boseman Insisted That T’Challa Have an African Accent 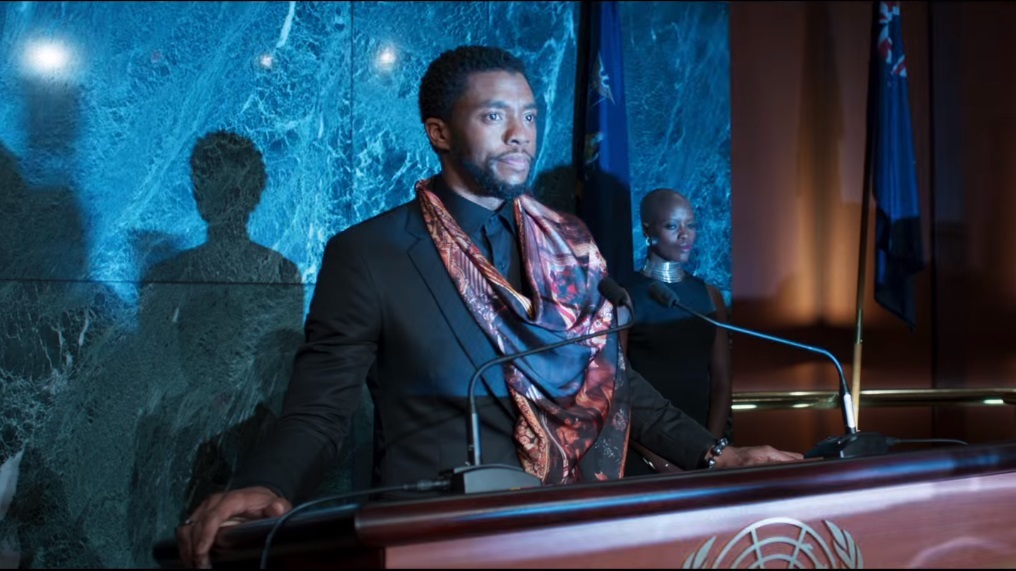 In a recent interview with Collider, Black Panther actor Chadwick Boseman explained why it was so important that T’Challa speak with an African accent in the Marvel Cinematic Universe (MCU). Now, I acknowledge that the concept of an “African accent” is ridiculously broad, and Boseman has said that he more specifically based his Wakandan accent on the the Xhosa accent he used in the movie Message from the King. However, that broadness aside, Boseman had some important things to say about embracing the character’s accent to push back against white supremacy.

“As an actor, when you’re trained, you’re very often trained from a European perspective,” Boseman said. “What is considered great or classical is very often British, and it’s certain writers. I went to Oxford to study, but I also went to Howard, and we were taught to respect our writers and our classics, just as much. You have to tell the stories that allow you to be true to yourself, as an artist.”

“The intonations and melodies inside an African accent are just as classical as a British one or a European one, and all of the emotions and aspects of a character can be shown through that accent,” Boseman continued. “We have to take this opportunity to show that. If he had never been conquered, if his ancestors had never been conquered, and if Wakanda is what it is, he doesn’t have to go to Oxford to study. He doesn’t have to go to Cambridge, or Yale, or any place. He actually got his education at home, so he would not then assimilate a language that is the colonizer’s language, in order to speak to his people. He had to speak with an African accent.”

Boseman also said he had support for his choice from Marvel’s Kevin Feige. “There was a time period where people were asking me questions about whether or not an audience could sit through a movie with a lead character who spoke with that accent,” he also said, “but that was not Kevin [Feige]. So, I became adamant about the fact that that is not true.”

I loved what Boseman said here about how “classical” the “intonations and melodies inside an African accent” can sound, because you can hear that so clearly in the Infinity War trailer. Boseman’s delivery of the line, “Evacuate the city. Engage all defenses. And get this man a shield” is phenomenal, and it would have sounded radically different if he’d used another accent. It probably wouldn’t have stuck with me like it did.

Of course, as Boseman says above, this isn’t merely a question of aesthetics. It’s also about white supremacy. In an earlier interview with CNET, he elaborated on the importance of pushing back against white supremacist ideas about where one can get an education, and what a true leader sounds like.

“Colonialism in Africa would have it that, in order to be a ruler, his education comes from Europe,” Boseman said. “I wanted to be completely sure that we didn’t convey that idea, because that would be counter to everything that Wakanda is about. It’s supposed to be the most technologically advanced nation on the planet. If it’s supposed to not have been conquered—which means that advancement has happened without colonialism tainting it, poisoning the well of it, without stopping it or disrupting it—then there’s no way he would speak with a European accent.”

“If I did that, I would be conveying a white supremacist idea of what being educated is,” he continued, “and what being royal or presidential is. Because it’s not just about him running around fighting. He’s the ruler of a nation. And if he’s the ruler of a nation, he has to speak to his people. He has to galvanize his people. And there’s no way I could speak to my people, who have never been conquered by Europeans, with a European voice.”

Black Panther arrives in theaters on February 15, and you can read Princess’s review here.