Review: "Black Panther" Shows What a Superhero Should Be | The Mary Sue

Review: Black Panther Shows the World What a Superhero & a Superpower Should Look Like 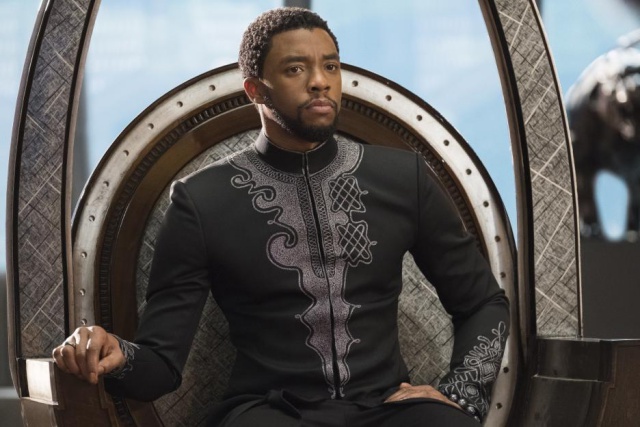 With Black Panther already breaking records left and right, I’m sure people are going to come into this film doubting the hype. Is this movie really that good? Well, I’m sorry to break it to you, but it is legit that good. Not only does Black Panther work as a superhero film, but also a narrative about what it means to be the most powerful nation on Earth.

And don’t worry, this will be spoiler free.

The film proper takes place after the events of Civil War, T’Challa is returning to Wakanda and must go through the traditional ceremonies to become King and Black Panther in his own right. From the very beginning, we see T’Challa as a humble, thoughtful man, with a desire to be the best kind of king for his nation. He isn’t afraid to listen to advice and is surrounded by powerful women who help him throughout the film.

When a Wakandan weapon is stolen by Ulysses Klaue (played to campy delight by Andy Serkis), T’Challa sees this as a way to get justice for all the Wakandan lives taken by Klaue. He goes with the general of the Dora Milaje, Okoye played by the legitimately perfect being that is Danai Gurira and his ex-lover, Nakia played by Lupita Nyong’o.

Throughout the film, T’Challa is asked to either continue the traditional isolationist politics of Wakanda or embrace their role as a potential superpower and help bring scientific advancements to the rest of the world.

In the beautiful opening animation, we see all the atrocities Wakanda has stood on the sidelines for including the Transatlantic Slave trade, World Wars I & II, along with the extreme colonization of the rest of Africa. Doing nothing, while building its own Atlantis/El Dorado.

While the script for Black Panther was written long before the “shithole countries” conversation began, it is hard to ignore what the movie is saying about the role that superpowers have to play on the global stage. Nakia tells T’Challa that Wakanda can help the rest of the world without losing its sense of identity, while his closest friend,  W’Kabi played by Daniel Kaluuya says that when you bring in other people, they bring in their problems.

This conversation taking place in a fictional African-supernation shouldn’t be lost on anyone.

Coming into Black Panther I was prepared for a lot of things, but I wasn’t prepared to get emotional. It was the first time I watched a movie and felt a sense of pride and joy in my African-ness. Everything in the film, from the music to the stylistic choices and the mythology is inspired by the beautiful diversity of the African cultures. It takes pride and glory in those things in a way I’ve never seen in a Western film and certainly not a superhero movie.

Cool Africanness is different from cool blackness. Blackness, especially American Blackness is its own unique culture wrapped up music, fashion and in our struggle for Civil Rights. While many black American people talk about Africa as “the motherland” many of us grow up without having a sense of pride. We are not taught the literature, we are not taught the music, we are not taught the traditions and whenever we embrace them, it is from a distance. All across the African Diaspora, there are cultural differences that keep us apart, many of which Black Panther touches on.

There is a reason it is the African-American Erik Killmonger who comes to Wakanda seeking a change. His rage, his attitude, his hair, everything about him is wrapped up in the black American male experience, which Michael B. Jordan brings to life with a mixture of righteous tragedy. Erik Killmonger has overthrown Loki as the most emotionally complex of the MCU’s villains (though I still love you my ice giant bae).

After this film, I never want to hear about Professor X is MLK and Magneto is Malcolm X comparison ever again. I’m not surprised Ryan Coogler called this his most personal film. Everything about it is wrapped up in the complex experience of blackness in America. With the Afrofuturism of an African nation that can lead the world in scientific advancement if it wanted to, with the rage of having that heritage and possibility denied. It is the perfect story of the African Diaspora in fantasy form.

Beyond that, it’s also just an amazing movie. The performances are excellent, the fight scenes are impeccably done and there legitimately isn’t a dull moment. While there are no surprises in the film, there is also no filler. It is a tight script despite being just over 2 hours long and it knows how to have something to say without losing momentum.

It also fixes the one problem I had with Wonder Woman: the lack of female warriors beyond the beginning.

The women of Black Panther do so much throughout the film, all while being funny, sensuous, smart and strong. I shamefully started crying during the Dora Milaje fight scenes because it felt so good to see black women, of all shapes, be warriors, and be loved. We finally get to see Angela Bassett in white hair (you knew what you were doing there), Shuri was definitely a comedic standout from the jump, and if you aren’t wishing for a Wonder Woman/Dora Milaje spin-off by the end of the film you are insane.

For those who ran out to by three sets of tickets, you will not be disappointed. Black Panther is everything it needs to be and more.

Also, if Michael B. Jordan isn’t “Sexiest Man Alive” next year…I will riot.