More Than Half of Female Homicides in the U.S. Involve Intimate Partner Violence 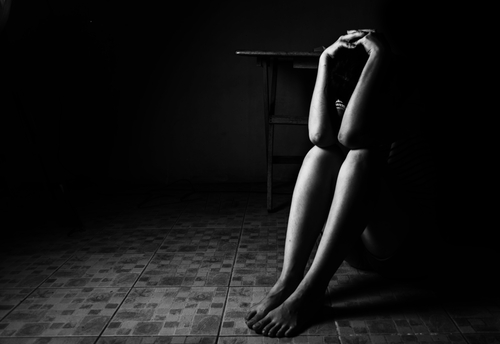 A new report from the U.S. Centers for Disease Control and Prevention (CDC), which analyzed female homicides from 18 states over the period 2003-2014, has yielded two horrifying, but unsurprising, statistics: 55% of female homicides (where the circumstances of the death were known) involved intimate partner violence, and 54% involved a firearm.

While this is a scary report for women of all races, it’s important to remember that women of color are the most affected. “Homicides occur in women of all ages and among all races/ethnicities, but young, racial/ethnic minority women are disproportionately affected,” reads the CDC’s summary. In the report itself, they observe frequent disparities between victims of different races.

Hispanic women, on the other hand, were the most likely to die due to intimate partner violence (61% of all homicides of Hispanic women).

The CDC hopes that breaking these homicides down by race will help them to better design and implement early intervention programs to prevent IPV-related homicide, and to focus on the communities that are most affected by this crisis. “Racial/ethnic differences in female homicide underscore the importance of targeting intervention efforts to populations at risk,” reads the report, “and the conditions that increase the risk for violence. IPV lethality risk assessments might be useful tools for first responders to identify women at risk for future violence and connect them with life-saving safety planning and services. Teaching young persons safe and healthy relationship skills as well as how to recognize situations or behaviors that might become violent are effective IPV primary prevention measures.”

As for the role of guns, the report notes that “state statutes limiting access to firearms for persons under a domestic violence restraining order can serve as another preventive measure.” And indeed, some studies have found that states which deny firearms access to anyone with an open domestic violence protective order saw as much as a 25% decrease in IPV homicides by firearm.

When we talk about misogyny, we often focus on things like pay disparities, representation, or reproductive rights. And these are incredibly important. But one of the most glaring, disturbing elements of our culture’s misogyny is the simple fact that men kill the women they date, marry, and “love” with alarming frequency. While these numbers are nowhere near the femicide crises in Central and South America, the threat of intimate partner homicide is real and present for women in the U.S. – especially so for women who date men. We’re so used to protecting ourselves that it’s easy to forget how incredibly fucked up and fixable this situation is. A world where women don’t have to calculate the potential for violence from every new intimate partner is possible. American society and the American government just have to want it and work towards it with us. So when will they?

As Emiko Petrosky, one of the authors of the report, said, “Intimate partner violence can affect anyone … it really just shows that [this] is a public health problem.”